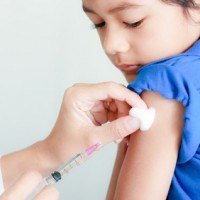 Health, News 0
The vaccination debate has been a heated issue for years, one fact is undeniable though, vaccines contain numerous hazardous substances. Whether getting vaccinated regardless of these harmful ingredients is worth it is another debate entirely.

Why Vaccines Are Dangerous

One of the most harmful of substances used in many vaccines today is called Thimerosal. Big Pharma in the United States claimed they discontinued the use of this substance, but in 2012 the FDA admitted that it still present in many vaccines, including the annual influenza vaccine which is given to children who are as young as 6 months old.

Thimerosal is so harmful to our health because it is comprised of 49.6% ethylmercury. Mercury is extremely poisonous and has been linked to severe and permanent neurological damage. While the effects may be minimal in the average adult, these poisons are not cleansed from the body for decades. Meaning each vaccine you get, every amalgam filling in your mouth and every time you eat fish with trace amounts of mercury, the level of toxicity in your body grows.

Mercury’s poisonous effects are profound even in an adult, when we administer these toxins to children as young as 6 months old the hazards are compounded. Greatly increasing the risk of causing permanent neurological damage in the child.

This link between mercury and neurological damage is the reason researchers are linking vaccination at a young age with increased risks of neurological disorders including Autism.

The United States may be content to continue using these poisons in their vaccines, but one country in South America is fed up with this blatant disregard for the health and well-being of its citizens.

Chilean lawmakers voted to ban the use of Thimerosal in vaccines in January of 2014. A groundbreaking step forward in the fight to make vaccines safer.

This bill will eliminate the use of mercury in almost all vaccines used in Chile, but it still needs to be approved by Chile’s president Sebastian Pinera. Seeing how he is out of office in March, the bill must be approved soon in fear of being denied by the newly elected Michelle Bachelet. The fear stems from the fact that Michelle Bachelet comes from a pediatric and mainstream health background, potentially preventing this bill from becoming law.

Regardless of your stance on vaccines though, everyone should be able to agree that by making them safer we are taking a step in the right direction. Eliminating the use of mercury in these vaccines could prove to be a boon to neurological development and cut the risk of Autism and other neurological disorders in children significantly.

How To Improve Cognitive Health