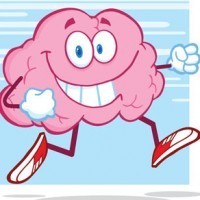 Supplements 1
If you are interested in rejuvenating your aging brain, or trying to maintain optimal cognitive function as you age then this is a powerful combination of antioxidants that you need. By combining Acetyl L Carnitine and Alpha Lipoic Acid you can help rejuvenate your brain and avoid the symptoms of aging cognition altogether.

Studied extensively, Acetyl L Carnitine or ALC has been found to have remarkable cognitive effects as well as anti aging effects. Improving memory, mood and even the brains response to stress.

A cognitive enhancer that is a neuroprotective compound, protecting your body against a wide variety of age related symptoms. Degenerative changes begin in the brain and nervous system as you age, by supplementing Acetyl L Carnitine you can help protect against this cognitive degeneration.

Acetyl L Carnitine is found in varying concentrations throughout the brain, what is distressing is these levels drop significantly as we age. ALC has been studied extensively and it has been found to aid in the delay of age related cognitive decline, also improving the overall cognitive function in the elderly.

ALC is vital in modulating the cellular concentrations of two compounds, free coenzyme A and Acetyl-coenzyme A. These two compounds are vitally important in many cellular functions including the transfer of fatty acids through the mitochondrial membrane, essential for energy production. This is a small piece of how ALC protects you against mental degeneration. Helping the mitochondria produce energy and removing harmful toxins from the mitochondria to ensure longevity and healthy function. 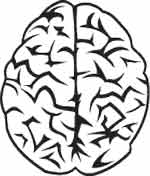 A large trial of Acetyl L Carnitine for elderly individuals with a mild cognitive impairment or MCI found that by supplementing ALC it significantly improved memory, mood and stress response. These effects persisted for a minimum of 30 days after the treatment was stopped.

One study looked at Acetyl L Carnitines effects on the brains of aging rats. Looking specifically at the lipofuscin accumulation in their brain. This lipofuscin accumulates in the skin, it can be observed as “age spots” usually on the back of the hands of those over the age of 50. These blemishes have a brownish pigment. By supplementing Acetyl L Carnitine it reduces these deposits of lipofuscin, minimizing these deposits as evidenced by the disappearance of these lipofuscin blemishes. This is evidence of ALC’s ability to slow the aging process in the brain itself by helping remove these lipofuscin deposits.

ALA activates a collagen regulating factor that is known as AP-1. This turns on enzymes that consume and digest glycation-damaged collagen. This process is vital to minimizing the aging process throughout the body.

Interrupting free radical damage on several levels, this antioxidant is a powerful agent in reducing the risk of neurodegenerative disease as we age. Fortifying and recycling other antioxidants that are vital to our cognitive health which can improve memory and brain function. Even supporting our blood glucose levels and insulin response.

Mitochondrial damage is directly implicated in our aging process. By supplementing with R-Alpha Lipoic Acid you are directly targeting mitochondrial health.

Both antioxidants have extremely powerful health benefits, combined however they are amplified even further. Supplementing with a quality Acetyl L Carnitine and Alpha Lipoic Acid it can help rejuvenate an aging brain and maintain the healthy function of a youthful one.

Acting directly on the mitochondria of the cell, they fight the aging process at the very cause. Removing harmful toxins, heavy metals and free radicals from within the power plant of the cell, ensuring healthy function and sufficient energy production regardless of your age.

These nutritional supplements are probably the most effective and beneficial you could supplement in order to rejuvenate the brain, enhancing memory, cognitive function, improving mood and stress response. Whether you are over the age of 50 and already experiencing a mild cognitive impairment or simply want to maintain and enhance your youthful brains function and health.

More On How To Improve Cognitive Health

Top Supplement Containing ALC and ALA