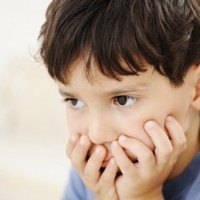 Health Conditions 9
MTHFR is a gene that acts like a switch, turning various processes in the body either on or off. MTHFR or Methylenetetrahydrofolate Reductase takes folate and methylates it into methylfolate. This may not seem like a big deal, but it is one of the most important functions in the body. The link between MTHFR and Autism could be the most important development in Autism prevention and treatment.

Lately MTHFR has become a buzzword, tied closely with neurological disorders like Autism. The statistics cannot be ignored, 98% of children with Autism have an MTHFR genetic mutation which inhibits their ability to turn folate into methylfolate efficiently. Beyond this, between 40%-50% of Americans have some sort of MTHFR dysfunction, inhibiting the methylation cycle and causing a countless variety of health conditions.

MTHFR makes you far more vulnerable to illness and infection, this is because it is tied directly to our Glutathione production.

People with MTHFR mutations almost always have low Glutathione levels, making them more susceptible to stress and oxidative stress while making them far less tolerant to toxins. This gets much worse with age, as the accumulation of toxins and cumulative damage of oxidative stress take their toll on the body. Speeding up the aging process and nurturing the development of a huge variety of diseases.

The methylation cycle is tied directly to our serotonin and dopamine levels, along with our homocysteine and Glutathione levels. When someone has a MTHFR mutation it handicaps the efficiency of the methylation cycle by up to 90%. Throwing our brain chemistry out of whack, leading to depression and cognitive impairment. Perhaps even more serious is the effects on our Glutathione and homocysteine levels.

Homocysteine is not converted into Cysteine (a key player in our Glutathione production). This means a dramatic increase in cellular damage and an even more dramatic decrease in our body’s master antioxidant Glutathione. Severely inhibiting our immune function and ability to fend off infection and disease.1

So how does this extremely common genetic dysfunction tie in with Autism?

This study involved 141 children and adults with Autism. It was a double blind study that examined the biomarkers of the participants.

The results were remarkable, by improving the methylation cycle and Glutathione levels of the group, they noted significant improvements in behavior and receptivity, using the Parental Global Impressions-Revised rating scale.

Proving the efficacy of enhancing Glutathione and the methylation cycle in both children and adults with Autism. Supplementing with the proper vitamins and minerals proves to be a beneficial adjunct therapy for Autistic patients.

MTHFR affects the body’s ability to turn folate into methylfolate, therefore the most common treatment for MTHFR is supplementing with methylfolate. This helps balance the cycle and allow the body to increase its methylation efficiency.

Supplementing with Acetyl Glutathione is also a good idea for those with a MTHFR mutation, because they’re incapable of producing adequate levels of this vital antioxidant, it is extremely important to directly supplement levels. This does not fix the problem outright, but it certainly helps minimize damage to the body and prevent further illness.

Supplementing with both methylfolate and Acetyl Glutathione can help address the root cause of the methylation dysfunction as well as address the issues brought on through Glutathione deficiency.

MTHFR is one small gene, but it has proven to have a significant impact on many of our systems. With such a high number of people with a mutation of this gene it is important to study it further to help prevent a plethora of diseases and disorders brought on by poor methylation. For now, choosing a high quality supplement can help minimize symptoms and start repairing the damage caused by a poor methylation rate.

Vinpocetine Benefits for the Brain