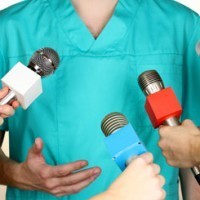 The video does a fantastic job outlining one of the most important functions of GSH, its anti-inflammatory capabilities. Talking about how Glutathione is one of the very few nutrients with the ability to switch off our body’s master inflammatory switch NF-kB.

Dr Colbert discusses the plethora of health conditions that manifest due to an unhealthy inflammatory response; such as, Alzheimer’s disease, Parkinson’s, nearly all cancer’s, type 2 Diabetes, 90% of cardiovascular diseases, obesity, all autoimmune diseases, lupus and rheumatoid arthritis. While this only addresses a few, it gives viewers a greater understanding of just how detrimental inflammation can be to our health when not addressed properly.

Glutathione is the body’s master antioxidant, this is a well known fact. What is lesser known is its ability to recycle almost all other antioxidants, including itself. Dr Don Colbert talks about this ability and how crucial it is for the health and well-being of every cell and bodily function. Without Glutathione, antioxidants like Vitamin C would be ultimately useless.

Colbert also goes into the importance of supplementing Glutathione levels through certain GSH precursors like, undenatured whey protein, alpha lipoic acid, milk thistle, SAMe and cysteine via N-acetylcysteine. This is so important because our Glutathione levels begin to fall after age 20-21.

Glutathione Info Not Covered by Colbert

This video is a great resource for individuals who are trying to learn about Glutathione. It gives a broad understanding of this miracle molecule and is a great starting point for anyone trying to optimize their health.