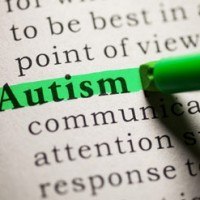 Health Conditions, News 0
April 2nd is World Autism Day in Canada, and with it brings attention to an inadequate national strategy for dealing with the increasing number of children, teens and adults with Autism Spectrum Disorder. Most recent statistics report that 1 in 68 children born in the United States today will be on the Autism Spectrum.

Families Dealing with Autism in Canada

Long wait times for diagnosis and therapy are a huge obstacle that families are facing. During the first few years of a child’s life is the very best time to intervene with therapy and nutritional programs. When treatment begins too late in a child’s life the potential benefits are reduced significantly. This makes it extremely important to grant families the resources necessary to diagnose Autism Spectrum Disorder as early as possible.

Financial support for families with an Autistic child are also lacking. Children born with Autism 10 years ago are nearing the end of their funded support periods, placing the onus solely on the parents to provide the funding for their child’s therapy, supplement program and child care. The costs associated with caring for a child with Autism are staggering, it is common to spend upwards of $40,000.00 per year, per child; and often even more expensive.

In 2007, Senator Jim Munson and others called for the federal government to help create a National Autism Action Plan. They introduced a senate report entitled, Pay now or pay later: Autism Families in Crisis 1 .

The report introduced in 2007 called for the Federal, Provincial and Territorial governments to examine the funding arrangements for those with ASD. The creation of a knowledge exchange center, the introduction of an Autism research network and national standards to provide a more unified and cooperative national strategy. Adequate provisions to help guarantee the financial security for children with disabilities as well as tax measures to aid the families were also presented.

Bright Future for Autism in Canada

While the present situation is far from ideal, since the report in 2007 by Senator Jim Munson the federal government has taken steps in the right direction. The creation of a national surveillance program to help track Autism data provides a clearer picture of Autism in Canada. Tax credits have also been created to help families caring for a child with Autism. The latest budget allocation includes new funding for vocational training and job creation for individuals with disabilities, along with more funding being set aside for research.

There are already many initiatives across Canada, representing the views and potential for a national Autism action plan. These initiatives have been developed independently with very limited or no coordination at all. Without coordination and sufficient resource pools to draw from it is very difficult to achieve a clear national vision, standard and goal. This makes it extremely important for Canadian politicians to act now to develop a comprehensive national strategy; with adequate funding.

Senator Jim Munson had a journalism career with CTV before he had his start in office. Covering many world news events including the Tiananmen Square protests, the Gulf war as well as the Iran – Iraq war.

In 2002 Jim Munson was hired as Prime Minister Jean Chrétien’s director of communications. He assumed office in 2003, appointed by Jean Chrétien.

Senator Jim Munson represents the province of Ontario, with an official designation of the Ottawa-Rideau Canal.

June 9th 2008, Senator Jim Munson introduced a bill to recognize World Autism Day in Canada on April 2nd. A significant event for the future of Autism in Canada. Helping raise awareness and funding for Autism research and financial aid for those who need it most.

Senator Jim Munson is fighting for families with Autism, pressuring the government to provide a clearer, more effective strategy for dealing with Autism. Coordinating national research and data to better understand and treat the disorder while providing families the financial support they require to allow their child to flourish and live a fulfilling life.