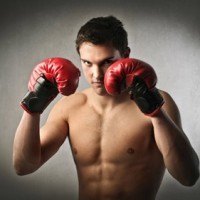 Supplements 3
Glutathione is the most important and effective antioxidant in your body. Essential to detoxify our cells and enhance our immune function. As we age our level deplete because we cannot produce it as efficiently. This makes it crucial to supplement this Master Antioxidant to maintain optimal health. Supplementing Glutathione can be tricky though, whether it is liposomal Glutathione or an Acetyl Glutathione supplement can make a big difference.

As mentioned above, it is the single most important antioxidant in our body. Present in every living thing on the planet and responsible for detoxing our cells, chelating heavy metals and slowing down the aging process.

This tri-peptide molecule consists of Glutamine, Cysteine and Glycine. Protecting our DNA from damage, crucial for our mitochondrial health and function as well as energy production.

Glutathione deficiencies occur because of age or illness. Health conditions deplete our GSH levels and leave us vulnerable to cellular damage due to oxidative stress, toxins and heavy metal toxicity. Fibromyalgia, Multiple Sclerosis, Lyme Disease, Parkinson’s, Chronic Fatigue and virtually every disease or ailment reduces our Glutathione levels. Even conditions such as Arthritis which is characterized by chronic inflammation and chronic pain can deplete our Glutathione levels.

Heavy metals also tax our system of Glutathione due to the displacement of minerals and nutrients like Magnesium from the Glutathione producing enzymes. Directly inhibiting the production of Glutathione within our body.

Supplementing Glutathione is essential in order to achieve and maintain optimal levels of this vital antioxidant. But so many Glutathione supplements on the market are relatively ineffective. This is because the Glutathione molecule is rapidly degraded in our digestive tract. Leaving next to no benefits by the time the molecule is absorbed by our body.

Glutathione IV’s have been administered by physicians for years. While this is an effective way to increase Glutathione levels in your body, it has its own problems. You will need to make 2 or 3 appointments a week for one thing, and each appointment will cost more than a months supply of oral Glutathione supplements.

How To Increase Glutathione Levels

The more direct ways of supplementing Glutathione include supplements like Liposomal Glutathione or Acetyl Glutathione. They protect the Glutathione molecule from being damaged in the intestinal tract, allowing it to be absorbed intact leaving you with the full benefit.

This is an artificially made fatty substance that binds to the molecule in order to protect it from damage during digestion. This vessel is made up of phospholipid layers and it is used as a delivery system for the Glutathione molecule.

The acetyl group binds to the sulfur atom in the L-Cysteine molecule. This protects it from degradation from oxidation within the digestive tract and helps reduce the tendency for the molecule to break down over time.

We suggest using Acetyl Glutathione over Liposomal Glutathione for a few reasons, one being taste and odor. Acetyl Glutathione has no foul odor or taste because it does not use a phospholipid vessel in order to improve absorption. We have found that most people prefer a capsule or pill to a gel or paste, simply because a glutathione capsule is easier to comply with.

Acetyl Glutathione is a great way to directly supplement GSH levels in the body. By enhancing GSH serum levels you are allowing the Glutathione molecule access to the hard to reach brain cells. Detoxifying these cells and chelating heavy metals that can lead to the onset of dementia, Alzheimer’s Disease and cognitive decline.

One of the most effective ways to orally supplement Glutathione directly is with Acetyl Glutathione. Helping improve the health benefits of this master antioxidant by aiding with the absorption issues associated with most other Glutathione supplements.