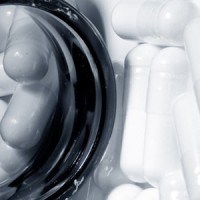 Health, Supplements 0
The most powerful antioxidant available in our bodies is Glutathione, the discovery of the acetyl Glutathione form has made this antioxidant easily accessible for oral supplementation.

The precursors to Glutathione hold a great deal of power as well, beyond improving Glutathione production within the cells. N Acetyl Cysteine benefits reach far beyond the fact that it is a crucial component in the synthesis of Glutathione, compiled below is the short list of NAC’s benefits.

N Acetyl Cysteine helps rid the body of harmful free radicals and peroxides, these substances build up naturally as we age. Our bodies become far less equipped to slow the process of aging because of the severe decline in production of certain key antioxidants, such as NAC and Glutathione.

Supplement N Acetyl Cysteine to improve cognitive function, rid the neural system of harmful toxins that cause neurodegenerative diseases. Improve cell health in the liver and skin, improving the look of your skin, hair, nails and eyes.

NAC should be on everyone’s list of top supplements for anti aging. Helping you turn back the clock, feeling and looking your best. By targeting skin health, N Acetyl Cysteine can help reduce the appearence of blemishes, age spots and even wrinkles. Giving your skin a natural glow that is the result of naturally healthy skin cells.

Our cells naturally produce waste products after the conversion of energy, accumulating in the form of free radicals and peroxides. These substances cause serious harm to our bodies, crippling our immune system and damaging cells from the liver to the brain.

Intense training and physical activity will increase your production and accumulation of these harmful molecules. Weight training damages the muscle tissue itself, forcing it to rebuild itself over and over. While this achieves the result of a muscular look, it also fills your system with life threatening toxins that need to be dealt with consistently.

N Acetyl Cysteine not only rids the body of these harmful waste products, it promotes healthier cell production and energy transfer. Giving you more stamina during your workout, improving overall results and most importantly, dramatically reduce recovery time. After a workout you often feel sore and tender, this is due to the severe trauma to the muscles. NAC allows your body to rebuild these tissues quickly and more efficiently, supplement N Acetyl Cysteine for maximum workout results. Beyond improving the muscle gains, N Acetyl Cysteine benefits your health along the way, ridding the body of the harmful free radicals that build up when exercising regularly.

Our brain is the tool we use to decode and understand the plethora of information bombarding our senses everyday. It is absolutely crucial to maintain a healthy and functioning brain. The modern environment has made this a difficult task, toxins are absorbed into our bodies constantly, through food, water, the air we breath and countless chemicals we are in contact with daily.

One third of elderly people will suffer from Alzheimer’s Disease or Dementia before they die, a staggering statistic. One that we can cut down substantially, through proper preventative measures and informed supplementation.

N Acetyl Cysteine promotes a healthier brain and increases its ability to operate through optimizing the cellular health. Ushering toxins and chemicals away from the brain, to be dealt with by the liver and excreted as waste products. If not treated, these toxins and harmful substances will accumulate in our brain tissue, hindering the brains function and damaging the cells. This causes inflammation, further damage to the cells and the onset of many fatal neurodegenerative diseases. NAC will improve brain health, cognitive function, memory, learning ability and even improve your mood.

As mentioned before, our bodies are under attack every day, exogenous toxins are being absorbed through the skin, lungs and digestive system. The organs responsible for clearing these toxins from our blood stream are becoming overworked and stressed. When our liver is overly stressed and working beyond capacity it becomes inflamed, damaged and scar tissue begins to build up. This scar tissue or Cirrhosis of the liver, debilitates our liver function and toxins begin to accumulate.

N Acetyl Cysteine and Glutathione are absolutely essential for liver and kidney health. Healing damaged cells, reducing inflammation and regenerating our liver function. While Glutathione levels are insufficient for our modern lifestyle, supplementing it through Acetyl Glutathione or through precursors such as N Acetyl Cysteine is of the utmost importance. These powerful antioxidants relieve some of the pressure from our liver, allowing it to heal and function properly.

N Acetyl Cysteine and Glutathione improve liver function and detoxify our cells. Toxins that often linger in our bodies and cripple our immune function. When these toxins are being dealt with consistently our immune system is able to fight off infection and disease, while preventing accumulating toxins which lead to severe health disorders later in life.

Fight off infection before it begins, getting sick will be a thing of the past. Promote a healthy immune system and prevent virtually every disease simply by supplementing N Acetyl Cysteine and Glutathione levels.

NAC improves our respiratory health through a very unique characteristic it possesses. N Acetyl Cysteine breaks disulfide bonds in mucus, essentially liquefying it. This allows it to be coughed up and free’s up the congestion of the lungs. Very useful in the treatment of Bronchitis, Chronic Obstructive Pulmonary Disease and getting rid of that nasty cough.

While NAC is synthesized in our bodies naturally, it falls quite short due to environmental contaminants. As we age levels decline, our ability to endogenously fortify levels diminishes and this is reflected in our health. Supplementing levels of N Acetyl Cysteine and Acetyl Glutathione becomes crucial for anyone dealing with a health issue or anyone over the age of 20. Our NAC and GSH levels begin to plummet once we are in our adult years, leaving us vulnerable to disease and prone to stress.

N Acetyl Cysteine is a relatively cheap supplement, while it performs best in conjunction with other antioxidants and nutrients such as Acetyl Glutathione, Piperine, CoQ10 and Omega 3’s, it is a huge step in the right direction for anyone taking their health into their own hands.

Check Out The Leading NAC Supplement

What Is Glutathione Anyway?