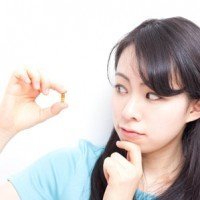 Supplements 1
Experts agree that glutathione is one of the most powerful antioxidants in the body, critical to immune function, detoxification and life in general. Still a topic of debate, what is the best way to supplement glutathione levels.

Supplementing glutathione intravenously at your doctors office has long been thought to be the only way to effectively increase GSH levels. It would be unfortunate if this was true, because it would be a time consuming and costly endeavor. Thankfully it is just a myth perpetuated by those selling glutathione injections.

Glutathione Can Be Supplemented Orally

Glutathione levels can be improved dramatically with the use of a high quality glutathione supplement. There are multiple studies proving that GSH is absorbed when supplemented orally, contradicting what the “experts” have been saying for years.

So what does a high quality glutathione supplement have to contain in order to be effective? First of all it needs a quality form of GSH that can directly enhance levels in the body. L-glutathione, acetyl glutathione and liposomal glutathione are all great options that effectively raise GSH levels.

Next you need to look for glutathione precursors. These are powerful antioxidants that can enhance the bodys natural ability to produce GSH and recycle it once it is in its oxidized form (GSSG). N acetyl-L-cysteine is one of the most prolific glutathione precursors, a fantastic antioxidant all on its own, NAC has been used to treat acute liver toxicity and can even inhibit the influenza virus.

Other nutrients to look for in a top GSH supplement are: B vitamins, selenium, magnesium, milk thistle, alpha lipoic acid and vitamin C.

The latest study on glutathione absorption efficacy was done by the University of Guelph in Ontario, Canada. They have found that glutathione has little problem with absorption because it is absorbed extremely rapidly, leaving little time for the digestive process to damage the molecule. [1]

As the studies from both Penn State University of Medicine and the University of Guelph have shown, supplementing with L-glutathione is an effective way to enhance GSH levels in the body. The benefits are measurable, but when supplemented with nutrients proven to enhance GSH synthesis and recycling they are amplified immensely. [2]

Hopefully these recent studies done on GSH bioavailability put the myth that we cannot effectively supplement glutathione orally to rest. Not only is oral supplementation effective, it is affordable and easy to comply with. No need for multiple doctor visits per week to receive injections.