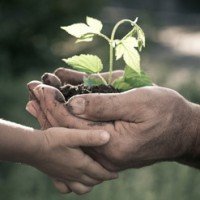 Health, Health Conditions 0
MTHFR or Methylenetetrahydrofolate Reductase is the enzyme in the methyl cycle responsible for the remethylation of homocysteine into methionine. Any genetic variations in this gene influence your susceptibility to a countless number of diseases and defects.

The Methylation cycle is a process in which a single molecule (the methyl donor) transfers a methyl group, consisting of 3 hydrogen atoms and 1 carbon atom (CH3) to another molecule. This second molecule becomes methylated, this is an essential process that is responsible for our body’s Glutathione production and a myriad of other effects.

There are over 50 variants of MTHFR, it is most commonly broken down into either C677t or A1298. The C667t variation is more commonly associated with heart disease and stroke, while the A1298 variation is most commonly associated with chronic illnesses. However with either variety you can experience an extremely wide variety of ailments and health conditions.

Broken down more simply, the methyl group is responsible for repairing the damaged cell. When our cells are damaged due to free radical damage or toxins, this methylation cycle inserts the new methyl group into the protein cell.

The transfer of information from one generation of DNA cell to the next is heavy influenced by the methylation cycle. An optimal methylation cycle ensures protein cells and DNA cells remain healthy and function properly.

This very same repair process detoxifies our body by neutralizing harmful homocysteine amino acids and turning them into methionine. The level of homocysteine in our body is a direct indicator of how old we are biologically speaking. Increasing the risk of heart disease, stroke, high cholesterol, dementia, liver disease, birth defects and depression.

If there were a best single way to determine how rapidly you were aging, it would definitely be gauged by methylation rate.

Just as Glutathione levels start to diminish as we age, as does our rate of methylation. The methylation process is responsible for Glutathione production as well as a plethora of other vital functions.

It is easy to see why we become so susceptible to disease, infection, cellular dysfunction and cognitive decay as we age. As soon as our methylation cycle begins to diminish, the process of dying starts. This process lasts a few decades, but signs and symptoms can appear rather quickly.

By promoting a healthy methylation cycle, you are promoting total cellular health, immune function and decreasing your biological age substantially. At the very root of anti-aging, methylation is the key to a long healthy life.

Roughly 45% of people suffer from a MTHFR defect, causing nutrient deficiencies and impeding countless bodily functions. This leads to poor cellular health, hormonal imbalances, decreased immune function, mitochondrial dysfunction and more, all leading to the manifestation of disease and the onset of cognitive decline.

The MTHFR gene mutation inhibits Glutathione production, which makes you far more vulnerable to damage from stress and exogenous toxins. The accumulation of these toxins and heavy metals combined with damage caused by oxidative stress, leads to disease and rapid premature aging.

Broken down into categories, here is a sample of some of the symptoms of MTHFR.

If you suffer from both MTHFR C677t and A1298C the symptoms of both apply, and often much more severely.

Aggravating factors for MTHFR include an excessive exposure to heavy metals through certain fish, cookware, amalgam fillings and hygiene products. This is because MTHFR inhibits our body’s ability to chelate these heavy metals, allowing them time to accumulate in the body and cause severe damage to our health. Especially detrimental to our cognitive health.

A poor diet that is high in processed foods and void of nutrients will be magnified by the MTHFR gene mutation. This is because MTHFR causes nutrient deficiencies all its own, hampering our body’s ability to process and manufacture vital nutrients. Making it absolutely essential to practice a healthy diet and supplement key nutrients to promote overall health and improve the methylation cycle.

In order to target the cause of MTHFR you need to supplement your levels of a few key vitamins. Specifically Vitamin B12 Methylcobalamin, Vitamin B6 Pyridoxal-5-Phosphate and Vitamin B9 Methylfolate. These vitamins are essential for the methylation cycle, allowing the body to perform countless vital functions including produce Glutathione.

L-Glutathione is another key supplement for MTHFR treatment. Because the body’s levels of GSH are severely lowered in individuals with MTHFR, promoting Glutathione levels directly is extremely beneficial. Choose a top quality Glutathione supplement formulated specifically for maximum absorption and benefit.

Once the methylation cycle begins to return to normal, homocysteine levels will drop, energy levels will increase and the folate required for DNA synthesis will allow damaged cells to be repaired properly. This leads to an increase in endogenous Glutathione production and a substantial improvement in well-being and total health.

Learn About Glutathione and Autism

The Difference Between Liposomal and Acetyl Glutathione