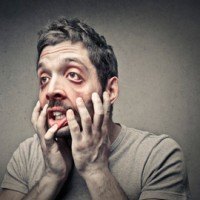 Health Conditions, Supplements 0
L-Carnitine is an amino acid, the body uses it to build proteins that contribute to the growth and repair of muscles, neurological repair, digestion and much more.

L-Carnitine plays such an essential role in our cellular health that it affects each and every system in the body. This explains why it has been studied for its wide variety of benefits. From improving the performance of athletes, slowing down the aging process, fighting cardiovascular disease, Aids, Cancer, Diabetes, Alzheimer’s Disease and much, much more.

Acetyl L-Carnitine is the acetylated form of L-Carnitine, offering even more substantial benefits. With a particular emphasis on the neurological and cognitive benefits compounded by enhanced absorption.

One of the biggest benefits of Acetyl L-Carnitine supplementation is the improved health and function of our blood brain barrier. This barrier is responsible for allowing key nutrients to pass through to the brain and prevent toxins from gaining access. A deficiency in ALC causes dysfunction in the ability to filter out harmful toxins. This is called a “leaky blood brain barrier”.
Without a properly functioning blood brain barrier, toxins seep into the brains cells and cause significant damage. This can affect cognition, mood, sleep, memory and manifest neurological disease.

Acetyl L-Carnitine and depression are closely linked because of ALC’s ability to protect the brain, filtering out toxins, ushering in nutrients and repairing damaged cells.

Acetyl L-Carnitine for Depression and Improved Quality of Life

One study looks at Acetyl L-Carnitines remarkable ability to detoxify the body and improve cellular health, even within the brain which is rare among antioxidants. Proving further just how effective Acetyl L-Carnitine for depression treatment can be; along with reducing toxicity and improving cognitive function.

The study included 67 patients with something called Minimal Hepatic Encephalopathy or MHE. The patients were divided into two groups, one group given an Acetyl L-Carnitine supplement twice daily, while the other group was given a placebo.
After 90 days of treatment the Acetyl L-Carnitine group showed significant improvements in energy levels and well-being associated with lowered anxiety levels and depression. Patients were more capable of performing general daily tasks, both physically and mentally.

This is a condition that is brought on by impaired liver function or liver failure. It is defined as the occurrence of confusion, altered level of consciousness and eventual coma.

Caused by the accumulation of toxins in the bloodstream, toxins which are normally filtered by a properly functioning liver. Brought on by acute liver failure or the progressive impairment of liver function to to cirrhosis of the liver. Hepatic Encephalopathy is broken down into four grades.

This is slightly more severe than grade 1, with symptoms that include minor personality change, lethargy and minor disorientation with both time and space.

Even more severe, this stage is characterized by dramatically increased disorientation and confusion. The patient is however still responsive.

This is the final stage of the disease, when the patient falls into a coma.

Once you understand Hepatic Encephalopathy and how it affects our brain, it is not a far stretch to assume Acetyl L-Carnitine would be extremely effective in minimizing and reversing symptoms and damage itself. This health condition really highlights the direct link between toxicity and cognitive function. Emphasizing the importance of a healthy liver and ample levels of antioxidants.

Antioxidants like Glutathione which have been shown to significantly improve the health and function of the liver. Supplemented orally through Acetyl Glutathione, this can be one of the best defenses against impaired liver function, clearing toxins and heavy metals from the body before they cause irreparable damage.

Finding a top quality Acetyl Glutathione and Acetyl L-Carnitine supplement could be one of the most important things you could do to maintain optimal health. Protecting the brain, liver and every cell in-between.

Benefits of Acetyl L-Carnitine In A Glutathione Supplement