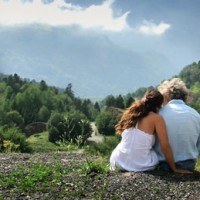 Supplements 1
Increased mental function, brain health and even weight loss are all quite appealing. Could one supplement really deliver all three? Well the short answer is yes, Acetyl L-Carnitine can yield remarkable benefits for your cognitive function, health and can improve fat loss as well. What’s more is Acetyl L-Carnitines benefits for our health when combined with a top quality Glutathione enhancing supplement. Improving our cellular health across every bodily system and turning back the hands of time to leave you feeling more energetic, healthier and mentally sharp than ever before.

Let’s take a look at just how each of these pieces work individually and how they work in tandem to amplify their benefits further than ever thought possible.

This vitamin-like nutrient holds immense benefits for our health, particularly when it comes to our brain health and function. This is very important and positive news for anyone suffering from Alzheimer’s disease or any other form of dementia or mild cognitive disorder. Even for those of us who have trouble recalling simple things throughout the day like where you left your keys.

As we age cognitive decline seems to be an unavoidable side effect. This is due to our brain deteriorating over time because of a buildup of toxins within the brain cells themselves, crippling their ability to function properly. Toxins found in the brain are particularly difficult to get rid of because so few antioxidants are able to permeate the very selective blood brain barrier.

Acetyl L-Carnitine is able to pass through the blood brain barrier and reach deep within the brains cells; ridding them of harmful toxins. Even able to regenerate neurons that have been damaged by free radicals. Helping form the chemical in the brain called Acetylcholine, ALC helps keep the mitochondria working efficiently by clearing out the harmful fatty-acid metabolites that cause severe damage to our cells.

For those suffering from Alzheimer’s disease, dementia or another cognitive impairment you can help slow down its progression and even help to reverse it altogether. By clearing the brain cells of harmful toxins and reversing the damage caused by free radicals you can help improve brain function and reverse the damage that led to the cognitive disorder in the first place.

For those of us with no cognitive disorder or mental decline Acetyl L-Carnitine benefits our brain health and cognitive function just the same. Dr. Blaylock believes strongly that Acetyl L-Carnitine improves spatial learning, discriminatory learning and our long-term memory.

The acetyl part of Acetyl L-Carnitine is an important neurotransmitter, while L-Carnitine itself is vitally important for our cellular energy production. This has many believing strongly that Acetyl L-Carnitine is very beneficial for our cognitive function, memory, learning ability and even mood. Its mental boosting effects are seemingly endless, helping our brain cells rid themselves of harmful toxins, healing damaged cells to restore our brain health and improving the efficiency of our cellular energy function within the brain.

A powerful component in our cellular metabolism, it promotes the use of fat cells for energy production. The mitochondria is the power plant of our cell, responsible for metabolizing food and creating energy. ALC ensures that our mitochondria is using up the fat stores in our body as opposed to letting them build up and accumulate.

Widely considered our body’s most important and powerful antioxidant, Glutathione has earned the title of our “Master Antioxidant”. A critically important molecule that is responsible for our cellular health and function. Without adequate amounts of this antioxidant we fall ill, vulnerable to disease and is levels drop to zero we cease to live. Present in every living cell in every organism on the planet, it is the most accurate measurement of health and well-being.

Seeing as our body naturally produces Glutathione most people don’t pay it any mind, most have never even heard of it before. However because our Glutathione levels begin to decline after age 20, catalyzed by illness, pollution, toxins and stress it is vitally important to actively maintain high levels at all times.

The best way to describe how Glutathione works to cleanse our cells is imagining it like a sticky fly paper or magnet. Passing through our cells and collecting the toxins that latch onto it, holding onto these harmful toxins and ushering them out of our body. This can help prevent disease, infection, illness and even aging.

We are bombarded by toxins, chemicals and stress in our modern world, this leads to the onset of fatal diseases earlier and earlier in life. The typical age of an Alzheimer’s patient used to be around 65 years old, but today the onset of Alzheimer’s is happening as early as 40 years old. This is no surprise with the highly processed diets of many, the air pollution we are subject to and even the chemicals found in our food and drinking water.

Avoiding all these is impossible, so we have to fortify our Glutathione levels with a top quality Glutathione Supplement to insure we maximize our health and longevity.

How Do You Enhance Glutathione Levels

Not too long ago the most direct and effective way to enhance your Glutathione levels was to visit the doctor once or twice a week and receive an intravenous injection. This was costly, time consuming and impractical. While there were oral Glutathione supplements available, they failed to benefit your health because they could not be absorbed by the body.

Recently however the discovery of Acetyl Glutathione has made enhancing Glutathione levels through oral supplements possible. Overcoming the issue of breakdown before absorption, Acetyl Glutathione maintains its integrity in the digestive tract and can be absorbed easily by the body. The enhanced absorption of the acetylated Glutathione allows it access to every cell in the body, including our difficult to reach brain cells.

Defend yourself against the symptoms of aging that were once thought to be unavoidable. Help reduce your risk of cognitive degeneration and disease with two extraordinarily powerful antioxidants. Acetyl L-Carnitine’s brain boosting benefits and cellular energy characteristics along with Glutathione’s ability to enhance total cellular health like no other antioxidant in the body.

By supplementing with Acetyl Glutathione and Acetyl L-Carnitine you can ensure you are providing your body with the tools it needs to fight off the negative effects of aging. You will no doubt feel more energetic, have clearer thoughts and be more mentally sharp than ever before. Aging does not need to mean you have to slow down, maintain your vigor and vibrancy for as long as you live. After all, a mind is a terrible thing to lose.

Take your health into your own hands and let the benefits of these remarkable supplements speak for themselves.