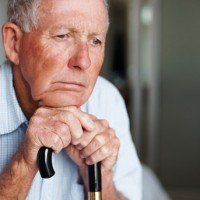 Alzheimer’s disease is a progressive degenerative disease that gradually kills brain cells. Most notable for its effects on memory loss, it is responsible for a host of other debilitating byproducts. Quite literally changing who a person is, how they feel and act or even take care of themselves. Eventually this disease is fatal, with no cure. Normally it is seen in people 60 and older; something called early onset Alzheimer’s disease can start as early as 40 years old. Patients regression varies depending on many factors including toxins, diet, cognition and fitness levels. Genetics also plays a role, but general health and brain stimulation seem to make the biggest difference.

Degrees of the symptoms vary case by case, the one commonality between all patients is the slow regression, worsening cognitive capacity over time. Some apparent symptoms of Alzheimer’s disease are as follows.

Difficulty concentrating on plans or numbers, typically losing track of bills and taking much longer to complete tasks than before. Developing and following plans become very difficult as well.

A sign of Alzheimer’s disease is trouble with vocabulary and conversing. Often having trouble joining a conversation, confusion when speaking usually repeating themselves.

Confusion with Place and Time

Alzheimer’s patients often have difficulty perceiving past and future events, only understanding what is happening at that moment. Losing track of times and dates, and forgetting how they got to a specific destination or where it is.

Problems understanding or completing familiar tasks, forgetting how to play a favorite game or trouble navigating their way to a familiar place.

Attributed with short term memory loss, people suffering from Alzheimer’s disease will lose track of items. Either placing them in unusual places or unable to retrace their steps to retrieve it. This causes the patient to think others are stealing from them, when familiar objects are not in the usual places.

Changes in judgment and decision making causes Alzheimer’s patients to make bad decisions with regard to money or even hygiene. This leaves them vulnerable to obvious telephone or internet scams, and requiring aid grooming themselves.

Anxiety, confusion, depression and suspicious qualities can become frequent emotions for someone dealing with Alzheimer’s disease. Due primarily to other symptoms ie: being suspicious of people stealing from them because they misplace their possessions.

Changes in mood will cause Alzheimer’s patients to avoid social encounters, activities and even hobbies they once enjoyed. Forgetting how to complete familiar tasks like knitting or their favorite sport.

Unlike the common regression of eyesight due to old age, Alzheimer’s patients have trouble with spacial awareness, identifying colors and problems with contrasting images. This is most evident when driving, having trouble reading signs or judging a safe distance between cars.

Age is considered a leading cause of the disease, this is due to the fact that the accumulation of toxins over a lifetime leads to Alzheimer’s disease. It is commonly found that primarily people over the age of 65 are found with the disease; the age has been lowering in younger generations. Dealing with pollutants and other toxins on a daily basis for most people, over a lifetime it manifests earlier the more you are exposed.

Lifestyle is easily the most important cause, because its one we can control. Exposure to toxins through the air we breath and food we eat accumulates and causes Alzheimer’s disease. Lack of mental stimulation and social interaction also play a part in the likelihood of developing Alzheimer’s disease and how rapidly is progresses.

Heavy Metals accumulate in the body and affect the brain’s functionality. One of the leading heavy metals found in Alzheimer’s patients is Mercury. Found in metal tooth fillings and some popular types of fish, this metal is absorbed and not cleansed from the body unless chelated. (Chelate heavy metals with supplements that include glutathione or milk thistle, it envelops the toxin in a protein that allows for it to be passed through the system.) Another leading cause is aluminum absorption, accumulated over a lifetime through drinking water and most prominently anti-perspirant deodorant.

Healthy Diet plays the key role in preventing Alzheimer’s disease, avoid foods that contain heavy metals and toxins, sugars and fats. Foods rich in alpha lipoic acid will help boost glutathione levels in the body and allow your immune system to work as it should. Try cruciferous vegetables and rich leafy greens like spinach and broccoli.

Social Activity plays a role in the development of dementia, and can help reduce symptoms. Slowing the onset of Alzheimer’s and maintaining a healthy active brain.

Exercise is a very important aspect in cognitive health, solidifying the bond between mind and body. Aerobics, weight training, balance and stretching are all effective ways to keep your body and mind in sync and working properly.

Supplement things like glutathione to help your body fight off dementia naturally and effectively. Acetyl Glutathione allows you to supplement it orally, much easier and less expensive than the alternatives; incorporating powerful Alzheimer’s prevention in your daily routine.

Cigarettes & Alcohol avoidance should go without saying, while the odd drink won’t hurt too much, excessive alcohol consumption should be avoided for many reasons including dementia prevention.