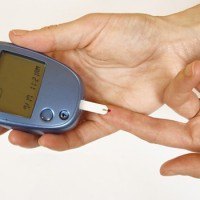 Health Conditions 0
Diabetes has quickly become an epidemic, affecting almost 10% of Americans (25.8 Million Americans as of 2011). With another 79 Million pre-diabetic Americans, it is no surprise that the costs associated with Diabetes are skyrocketing. $245 Billion, the total costs of diagnosed diabetes in the USA in 2012. These facts are horrifying, and the problem is only getting worse.

How Diabetes Affects the Body

Diabetes Mellitus, known simply as Diabetes is brought on by one of two things. Either the pancreas is not producing enough insulin, which is essential for the regulation of fat and carbohydrate metabolism. Or the body’s cells do not respond to the insulin that is produced, meaning the body is insulin resistant.

Type 2 Diabetes is the most common by far, accounting for approximately 90% of all diagnosis. This particular type of Diabetes is characterized by insulin resistance.

Without adequate insulin, it’s not possible for the body to convert glucose in the blood into energy for our cells.

Diabetes is the leading cause of numerous health problems from blindness to kidney failure. The vast majority of amputations are also brought on by this heinous condition.

Kidney failure, blindness and amputations are only the start though, because diabetics are at a much greater risk of infection and disease, often shortening their lifespan severely. This is because diabetics have a much lower Glutathione level than normal, and “normal” levels are often much too low due to pollutants and diet.

Diabetes causes a significant decrease in the precursors needed to synthesize Glutathione in the body. Namely cysteine and glycine.

Patients with uncontrolled type 2 Diabetes almost always have a severe Glutathione deficiency. Glutathione is not only important for Diabetics to supplement, it is vital for a long and healthy life regardless of your health situation.

The ability of a cell to resist the damage caused by oxidative stress is determined by the capacity of an array of antioxidants. The most abundant and important of these defenses is Glutathione. Found in every living cell on the planet, it is critical to rid our cells of harmful toxins and heavy metals. Healing the damaged cells and helping prevent disease, cancers, neurological disorders and even helping to reverse the aging process.

Supplementing with Glutathione precursors and Acetyl Glutathione, patients suffering with hyperglycemia can help restore their Glutathione synthesis, lower their oxidative stress levels and prevent / heal oxidative damage to their cells.

Before going into the health benefits of improving Glutathione levels in the body, it is important to understand the distinction between Acetyl Glutathione and the typical Glutathione supplements out there.

Supplementing Glutathione orally is not an effective way to enhance GSH levels. This is because it is broken down in the gut before it can be properly absorbed. The molecule is destroyed long before our body can harness the benefits of this remarkable antioxidant. So most Glutathione supplements or L-Glutathione supplements are relatively ineffective unless they also contain the precursors such as N-Acetyl Cysteine.

For the best results look for an Acetyl Glutathione supplement that contains the precursors as well. This ensures you are enhancing GSH levels directly as well as improving Glutathione synthesis.

The following benefits are just a few of the countless health benefits of Glutathione. They target problems that are often associated with Diabetes, but they can be translated to anyone regardless of their health.

Diabetics often suffer from excessive weight gain and a difficulty shedding that weight. Obesity is also a contributing factor to the development of type 2 Diabetes.

Glutathione can help prevent the accumulation of oxidative fats in the blood cells. Improving cellular metabolism and properly dispose of excess fat cells or burn them up as energy as oppose to storing them in the body.

By improving the health of our cells, Glutathione improves our cellular energy production immensely. Clearing out the accumulation of toxins which bog down the cells production, increasing the mitochondria’s ability to produce energy and exhaust the free radical byproducts.

Low energy is a very common symptom among Diabetics, because their cellular energy production is severely limited due to this toxic buildup. This is the cause of shortness of breath after even the simplest tasks, general lethargy and the constant feeling of tiredness regardless of sleep.

Diabetics are far more vulnerable to infection and disease because of this immune handicap. GSH can detoxify these cells and restore the immune function. It is the single most important antioxidant to enhance immune function and fight off exogenous toxins.2

Glutathione levels are indicative of the body’s overall health and well-being.

Importance of Glutathione for Diabetics

The immune function of Diabetics is already compromised, the addition of inadequate GSH synthesis only worsens the problem. Making it one of the most important antioxidants to supplement, supporting the immune system and helping balance blood glucose levels.
Do not settle for surviving with Diabetes, thrive!

Take A Look At The Leading Glutathione Supplement

Chronic Liver Disease
Fucoidan, What Is It?