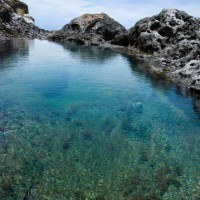 Fucoidan is a a little-known molecule found primarily in edible seaweeds native to the Japanese diet.It can be found naturally in various species of seaweed, as well as in certain types of sea animals. Experts believe Fucoidan is one of the key nutrients responsible for the long healthy lives realized by the Japanese people. The world’s highest concentration of centenarians; folks who are at least a century old, is in Okinawa Japan.

This compound is categorized under complex sulfated polysaccharide and is primarily composed of a natural sulfate known as fucopyranoside with traces of glucuronic acid, xylos and galactose. The exact composition of it varies widely, thus resulting to the recognition of two different fucoidan forms – F-fucoidan and U-fucoidan. The former is sulfated fucos while the latter has large amount of glucuronic. However, both forms can be used as nutritional supplements due to their many health benefits.

As a certain type of carbohydrate, the compound fucoidan can be broken down easily by the body through the process of hydrolysis and can be readily bonded with sulphate molecules.

Early research has shown that due to this, fucoidan is more effective when it contains high sulphate groups. However, take note that each compound contained in fucoidan is being used by the body for different purposes. Fucoidan actions are being linked to the benefits of a mother’s milk to baby mammals. The babies benefit from the immune system cells contained in the milk, as their cells do not have experience yet when it comes to proper functioning.

Experts also believe that fucoidan contains antibodies that are comparable to the ones contained in mother’s milk. Such antibodies along with other nutrients can help boost the immune system, thus making it stronger and more efficient.

Some of the commonly known fucoidan health benefits include the following:

– Improves the function of the liver

– Prevents the formation of blood clots

– Lower the levels of cholesterol

– Stabilize the levels of blood sugar

– Improves the regeneration of body cells

– Relieves arthritis conditions by improving the flexibility of the joints

In addition to the benefits mentioned above, this compound is being promoted as an agent against cancer as well.

According to research, low cancer rates and increased life expectancy of individuals in Okinawa, Japan is due to the consumption of a diet that is high in seaweed that contains fucoidan.

It is believed that the extract from common brown seaweed causes apoptosis, cancer cell death, and shrinks tumors; also that fucoidan suppressed cancer cell growth while leaving healthy cells intact. However, body cells are incapable of starting the mechanism on their own, thus needing the help of this compound. Once triggered the function of these cancer cells ceases and are replaced with cells that are non-cancerous.

In case this is your first time hearing about this essential compound, it would be best to learn more about it from your healthcare provider or physician to understand the benefits and learn how to be able to reap fucoidan health benefits. Your physician can provide you relevant information as to how you can incorporate foods containing fucoidan into your diet and how you can obtain the benefits that it can provide, including the ones mentioned above.