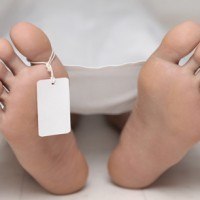 Health 0
Millions of Americans are on Statins to help lower their cholesterol levels. 1 in 4 Americans over the age of 45 are on Statins, a staggering statistic when you understand the numerous side effects of this hazardous drug.

Prescribed to lower a patient’s cholesterol, primarily in individuals with a preexisting or at risk of developing a heart problem.

Statins prevents the body from producing cholesterol, causing your body to reabsorb the cholesterol build up on arterial walls. This is meant to help prevent future blockages, which all sounds pretty good! Until reality sets in and plethora of complications rise to the surface.
Incase you have not kept up with the latest on cholesterol, it is not all bad. In fact it is critical for a multitude of bodily systems including our brain. By blocking the body’s ability to produce cholesterol you are sabotaging your health and cognitive function.
Some of the side effects of taking Statins include headaches, nausea, joint pain, rashes, constipation and diarrhea. However these are all minor side effects when compared to the far more life threatening health problems Statin drugs lead to.

Side Effects of Statins Medications

A population based cohort study done on Statins patients in England found that individuals using Statins were at an increased risk of developing moderate to severe liver dysfunction. 1

Statins can cause an imbalance in liver enzymes which prevents the liver from performing its job properly. This can lead to jaundice and acute liver failure, not to mention the countless health problems that arise from inefficient liver function.
The liver is the most important organ for detoxifying our body, when it is not doing its job properly our body is inundated with toxins. Flooding our body with toxins leads to severe oxidative damage across every bodily system.

The same population based cohort study that involved more than 2,000,000 patients found patients on Statins had an increased risk of acute renal failure.
A side effect of taking Statins known as Rhabdomyolysis involved the degradation of muscle tissue leading to kidney failure and potentially death. While this side effect most often occurs when Statins reacts with other medications, it can also occur solely with Statins use.
Neurological Issues

As mentioned earlier in the article, Statins prevents the body from producing cholesterol, a vital component in our brains health and function. By preventing the body from creating cholesterol naturally you are sabotaging the health and well-being of your brain. This leads to neurological diseases including Lou Gehrig’s disease. 2

Statins contribute to the development of Type 2 Diabetes in two distinct ways. They increase fasting serum glucose levels and they increase insulin resistance. Either of these side effects alone are problematic to say the least, when they occur together the problem is amplified and life threatening. 3

The effects of Statins on the development of Type 2 Diabetes are so severe than the FDA has mandated a warning label outlining the connection between Statins and Diabetes.

The very problem that people take Statins for, yet it actually increases the risk of many heart related problems. Statins use leads to weaker heart function and the depletion of a vital energy producing nutrient known as CoQ10. This impaired heart function is directly associated with Statin use, leaving us asking the question “why is it prescribed at all?” 4

Not only is Statins widely prescribed in North America and across the globe, it is one of the leading prescription medications being used today. With heart disease contributing to a huge number of deaths each year, something has got to give. We need to stop disregarding the research and stop letting big business dictate our health.

Many people think they can take Statins for a short period of time to lower their cholesterol and then simply stop taking it. Most Statin users are on it for life after beginning treatment, raising even more questions regarding its efficacy.