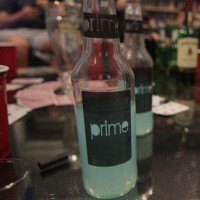 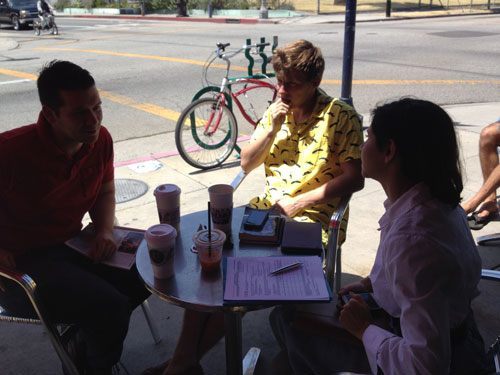 Walter is a Molecular Biology Major who has been interested in science since before he can remember. Thanks to his background in biology and chemistry he was able to formulate an effective, safe and healthy way to eliminate hangovers and minimize the damage caused by drinking.
Marlo graduated with a degree in Public Relations and has worked with such high profile companies as Marvel and Disney.

A trip to Europe that Walter and Marlo took sparked the idea for a supplement that effectively eliminated the hangover. After taking in the sights during the day, like many other young adults vacationing in Europe they proceeded to enjoy the nightlife. This often included drinking, which slowed them down the next day. Battling hangovers and pounding headaches was no way to enjoy the sights and tourist destinations, and that is how Prime was conceived.

Once Marlo and Walter got back to California they immediately began researching current hangover remedies and started to formulate their very own.

After an article in the Long Beach Post featured the young entrepreneurs, we got in contact with them for a sit down chat about their product. Seeing as Prime enhances Glutathione production in order to help combat hangover symptoms, we thought it would be a perfect fit for GlutathionePRO. 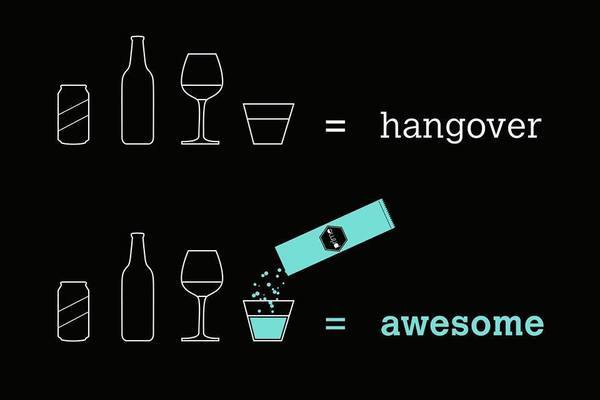 Here is our exclusive interview with 2 of the founders of Prime – Hangover Cure:

GlutathionePro: How does Prime work?

Walter Thornburgh: Prime works in several different ways, it tackles hangovers from three different angles, including the dehydration caused by drinking alcohol, vitamin depletion, and acetaldehyde poisoning. It does this by providing your body with an electrolyte and vitamin complex as well as a peptide complex designed to increase your body’s production of glutathione, protecting you from the harmful toxins produced by metabolizing alcohol.

GlutathionePro: It certainly sounds like it tackles the hangover problem on all fronts. What exactly makes Prime different than other over the counter hangover remedies sold today? 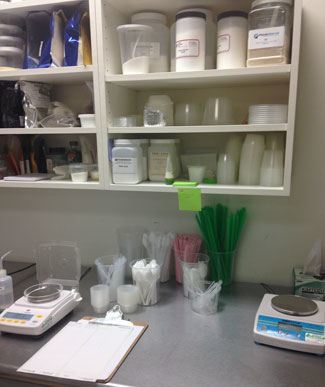 Walter Thornburgh: We have competitors, most of them are either glorified sports drinks or market-targeted multivitamins, or overpriced supplements that use vaguely established plant extracts that have shoddy evidence behind them. Prime is scientifically tested using large sample groups and multiple methods. Prime is also simple, stripped down, and highly efficient, both in terms of function and in terms of manufacturing cost.

GlutathionePro: How much will the user end up paying for a packet of Prime from the store? Also, roughly how many packets would you expect the customer needs for a typical night out?

Walter Thornburgh: Very conservatively, three dollars, although we keep refining our manufacturing plan to make it more and more cost efficient, I hope to have it on shelves for as little as $1.99 if everything goes perfectly. A pack could serve to process at least twelve drinks worth of alcohol. That should be enough to keep morning-after suffering to a minimum, and extra Prime works fine if you want to go over that number of drinks, especially if you start your night with it and keep taking Prime in small doses throughout.

GlutathionePro: That is definitely a cost effective way to ward off a hangover. When you mentioned the large sample groups used for testing Prime, were the tests done on Prime itself or on the ingredients used in Prime?

Walter Thornburgh: They were done on Prime itself. We mixed it into tasty cocktails and served it to our guinea pigs.

Human guinea pigs of course. People eagerly answer yes to the question “Do you want to get drunk for science?”.

GlutathionePro: So Prime can be mixed directly into any alcoholic beverage?

Walter Thornburgh: Yes! That’s exactly how I take my Prime, and how I envisioned it from the beginning. You can mix it and serve it with just water, or with water and neutral spirits like vodka, or with water, alcohol, and other mixers to create new, hangover free drink. When Prime is released, our Indiegogo backers will receive an ebook with cocktail recipes all involving Prime. After all, Prime isn’t just functional, it’s flavored.

GlutathionePro: That definitely makes it easier to comply with. What does Prime taste like?

Marlo Miller: The base of Prime’s flavoring is a citrus oil emulsion, so it’s a very crisp citrusy flavor.

Marlo Miller: The flavor isn’t quite as perfect as we would like it and that’s part of where the Indiegogo funds will go.

GlutathionePro: Is the end goal to still have a citrus type flavor?

GlutathionePro: So, what started you all on this direction? If you could bring us all back to the moment of Primes conception.

Marlo Miller: Walter and I went on vacation to Europe over the summer and like any other person in their early 20s we had our fill of alcohol in the evenings. The only problem was we also wanted to be typical tourists during the day and explore museums and attractions. We found that our nightly escapades made us wake up later and feeling more sluggish and so that’s when we first started batting around the idea of having a hangover preventer. Walter, being the sciencey guy he is, said he could probably develop something like that. When we got back to the states we did some research on hangover cures but found that none of them were really scientifically proven and more often than not were just an electrolyte blend. We knew we could do better so we started developing it right away.

GlutathionePro: Such a common problem, I am sure millions of people will appreciate you taking on this issue.

So who exactly are your perfect Prime customers?

Marlo Miller: Anyone who is going to drink a sizable amount haha. But in all seriousness our target demographic are people between the ages of 22-30 who still have the extra time to drink and enjoy their friends but also have responsibilities like work that they can’t show up hungover to.

GlutathionePro: Being in your target demographic myself, I certainly see the appeal of being able to have fun at night without having the booming headaches the next day.

Seeing as many young adults consume a large amount of alcohol while partying, are you concerned that Prime users may be inclined to drink more knowing they won’t have to deal with the hangover the next day?

Marlo Miller: Prime doesn’t make you invincible and we will make that clear on our label. The threat of alcohol poisoning is still present and we want our customers to continue using safe practices.

GlutathionePro: So my understanding of Prime is it eliminates the hangover, without altering the “drunk” feeling during consumption. During your tests was this the general consensus?

Walter Thornburgh: Yes, the only chemical that Prime helps break down is acetaldehyde, one of the principal causes of hangovers, but not the alcohol itself. The alcohol breaks down at its own pace naturally, keeping you safe from hangovers from happening without interfering with your buzz.

GlutathionePro: It almost sounds too good to be true! A far cry from the days of a glass of water and an aspirin before bed.

To get back to the “sciency” stuff, Glutathione is one of the body’s principle detoxifiers, does Prime assist in the production of Glutathione or prevent Glutathione depletion?

Walter Thornburgh: It assists in the production of glutathione.

GlutathionePro: What exactly is in Prime that aids in Glutathione production?

Walter Thornburgh: It contains the peptide acid precursors of glutathione, as well as a small amount of reduced glutathione. The majority of the reduced glutathione supplement is not absorbed and is pretty wasteful, but it helps give you an initial boost when in need.

GlutathionePro: The added boost of Glutathione will certainly appeal to our readers!

Walter Thornburgh: Oh, of course. Originally prime was just glutathione, vitamins, and electrolytes. However, it got more complicated than that. Orally administered glutathione is actually very poorly absorbed by the body and it’s actually much more effective to provide the body with glutathione precursors that are well absorbed and readily assembled into glutathione.

GlutathionePro: Exactly! A fact that far too many people overlook when looking for Glutathione supplements.

Getting to the safety, is Prime safe for everyone to consume? Also, is there such a thing as too much Prime in a single day?

Walter Thornburgh: Yes, prime is totally safe. Any excess quantities of the product are easily taken care of by your body. The worst case scenario here is that you’ll have to pee really bad.

GlutathionePro: Sounds like a typical problem when out drinking for the night haha.

Walter Thornburgh: Of course, most drinkers are already prepared to make an extra trip to the bathroom.

GlutathionePro: You are running a crowdfunding campaign through IndieGoGo, why did you decide to go this route? Is it meeting your expectations so far?

Marlo Miller: Right now we are looking for that extra push to help get us in stores and fully running through an online store as well. We have buyers in some popular chains, including 7-11, interested but we need to be able to provide them with large orders and our set up isn’t capable of doing that right now. We also want to get the flavoring and packaging perfect for long distance travel.

GlutathionePro: Assuming everything goes to plan, where do you expect your company to be a year from now?

Marlo Miller: Ideally we would be picked up by our interested buyers for the local area and start looking to spread into new markets. We recently gained a following in Denmark so who knows we could be thinking about shipping to Europe.

GlutathionePro: Is there anything we haven’t covered that you would like readers to know about Prime or yourselves?

Walter Thornburgh: One of the things that makes Prime special is that it’s what I call “condition specific glutathione production”.

It basically means that it is optimized to perform under the biochemical conditions of someone that is currently metabolizing alcohol.

An interesting side effect of this is that Prime “soaks up” the excess glutamic acid in your body. Glutamic acid, if left alone in your bloodstream, will act as a sort of neurological stimulant that interferes with your sleep. This is one of the reasons that sleep feels less restful when you’ve been drinking. As a result, with the condition specific proportions that Prime provides you with actually undo this stimulant property, both keeping you from having a hangover and giving you a more restful sleep.

GlutathionePRO: We cannot wait for Prime to hit shelves and spread worldwide! It is quite possible that this is the first step toward a hangover free world. It was a pleasure talking with you both, thank you for taking the time.

Three young College students from Long Beach California could be responsible for one of the greatest drinking innovations since bottled beer. Imagine being able to curb your hangover symptoms completely, simply by adding a tasty packet of powder to your drink. Prime is sure to take the world by storm, it will certainly be a big hit for University and College students who need to balance their studies with their parties.
Prime hangover cure is still raising funds to meet their manufacturing needs, but it should be in stores in the Long Beach California area within the next 6 months.
If you want to help fund Prime to get them up and running even faster, visit their indiegogo crowdfunding campaign page HERE to contribute.

Is It a Gluten Intolerance or a Mineral Deficiency?