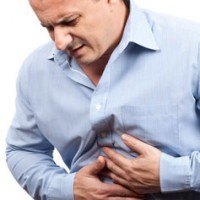 Health Conditions 0
Crohn’s Disease is a type of inflammatory bowel disease that can affect any part of the gastrointestinal tract from the mouth to the anus. Symptoms of Crohn’s Disease are primarily abdominal pain, diarrhea (which can be bloody when inflammation is particularly prevalent), vomiting and excessive weight loss. The stress this causes on the body and the immune system often leads to symptoms going beyond the gastrointestinal tract such as: anemia, rashes, arthritis, lethargy and problems concentrating. There are a few things you can do to help treat Crohn’s Disease naturally, helping to quell the inflammation and promote a healthy immune function.

Before going into the natural remedies for Crohn’s Disease it is important to understand exactly what it is doing in the body. The exogenous factors that lead to the development of the disease and which foods to avoid when suffering from Crohn’s.

What Is Crohn’s Disease

Considered an autoimmune disease, the body’s immune system is attacking the tissues in the digestive system. Environmental conditions play a role in the development of Crohn’s, making it much more common in the industrialized parts of the world compared to others.

The big factor that sufferers need to combat is the inflammatory response in the gut. This response prevents the body from absorbing nutrients effectively which leads to nutrient deficiencies and a myriad of diseases manifest because of it.

People with Crohn’s Disease have lower levels of lectin binding proteins, these are responsible for binding yeast cells and helping expel them from the body. Because of the lack of these vital proteins the body compensates by over producing anti-yeast antibodies which trigger an inflammatory response. This response damages the lining of the GI tract and leads to further immune response and further inflammation.

Things To Avoid When Suffering From Crohn’s

Individuals with Crohn’s Disease should avoid any products that contain Yeast. Avoiding Gluten altogether is a good idea also, preventing the catalyst for the overabundance of antibodies to react and prompt a violent inflammatory response. Sugar is another food for everyone to avoid, but Crohn’s Disease sufferers in particular need to limit their consumption and avoid it wherever possible. Sugar causes an inflammatory response in everyone regardless of their health condition.

When the guts lining is inflamed consistently it inhibits the body’s ability to absorb nutrients. If inflammation is a regular occurrence it can cause severe damage to the lining of the gastrointestinal tract, causing bleeding, wounds and sores within the body which further inhibits nutrient absorption and prompts a further immune response.

By subscribing to an anti-inflammatory diet, avoiding foods that prompt flare ups you can dramatically improve your condition. Beyond this there are a few additions that can really minimize inflammation and heal the damage caused by Crohn’s Disease while promoting healthy bacteria in the gut required to digest problem foods more effectively, minimizing the immune response in the future.

Restoring the balance of the cellular membrane, supplementing with a quality Omega 3 supplement will enhance the health of the cells lipid wall. Omega 3 fats are required for the healthy function of each and every cell in the body. When you are deficient in this vital long chain fat your cells are incapable of communicating with one another. Also required by the immune system, impacting our metabolism and our cognitive function.

Whether supplementing with a bioavailable form of Glutathione like Acetyl Glutathione or the precursors or building blocks to promote Glutathione production within the body. Precursors such as N Acetylcysteine, R-Alpha Lipoic Acid and L-Glutamine can enhance levels, aided further by supplements like Silymarin, Magnesium, Curcumin and Piperine. Glutathione is the single most important antioxidant in the body, the term “Master Antioxidant” has been given to his remarkable molecule.

Glutathione has extremely powerful anti-inflammatory properties which can help treat Crohn’s Disease. Beyond the inflammatory properties though, Glutathione benefits the total cellular health and helps the healing process. Rebuilding damaged cells and fortifying their defenses. Ridding the body of oxidative stress, toxins, chemicals and free radicals. All of which are in abundance in those suffering from Crohn’s Disease.

Glutathione is the single most important antioxidant for anyone suffering from Crohn’s Disease.

By increasing your intake of certain herbs and spices you can improve your condition. Many herbs and spices have anti-inflammatory properties which are essential when treating Crohn’s Disease naturally. Try to incorporate these wherever possible in your diet, regular consumption can help treat inflammation and aid in the immune function.

Turmeric is a very powerful spice that contains an antioxidant called Curcumin. The health benefits of Curcumin are vast and extremely powerful. Because turmeric is relatively tasteless (often just used for its magnificent color) it is easy to incorporate into most meals. Other herbs and spices to use frequently are: Oregano, Rosemary, Cinnamon, Ginger and Boswellia.

Fermented Foods to Thwart Crohn’s Cause

Naturally fermented foods such as Sauerkraut, Kimchi and Coconut Kefir are amazing foods for our gut health. Restoring healthy bacteria in the gut which are required for the healthy digestion of the foods we eat. Helping with the digestion of Yeasts and Gluten, minimizing the symptoms and flare ups of those with Crohn’s Disease.

Working with the same concept that probiotic supplements use, promoting intestinal microorganisms that are vital to the digestion process. The naturally fermented foods are the best way to promote these microorganisms and should be consumed regularly, especially if you suffer from Crohn’s or another digestive disorder.

Vitamin D improves the immune function, neuromuscular function and helps reduce inflammation. A truly necessary supplement for almost everyone to take daily, Vitamin D3 is the best way to supplement Vitamin D levels within the body. The level of deficiency is truly an epidemic.

Daily supplementation of Vitamin D benefits Crohn’s sufferers because of its effects on the immune function and ability to reduce inflammation throughout the body. Some studies have been done on the effects of Vitamin D3 supplements and IBS, working on much the same premise, reducing inflammation to improve the condition of gut health.

By avoiding problem foods such as Yeast, Gluten and Sugar you can help minimize flare ups and reduce inflammation within the gut.

By supplementing with Glutathione enhancing supplements, Vitamin D3 and Omega-3 Fatty Acids you can significantly improve the condition of your gut’s health. Minimize inflammation and begin the healing process.

Incorporating the spices listed above as well as regularly consuming naturally fermented foods you can promote healthy gut bacteria and treat the symptoms of Crohn’s Disease at the root cause.

Learn About the Anti-Inflammation Diet

Learn About the Top Glutathione Supplement