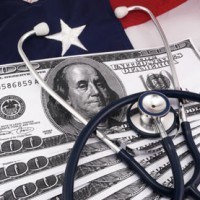 Lifestyle, News 0
Opioids are a form of prescription painkiller that are extremely addictive. Opioid analgesics work by suppressing the perception of pain and calming the emotional response to pain. Both reducing the number of pain signals sent to the nervous system as well as minimizing the brain’s reaction to the pain signals.

The painkiller problem is a targeted issue, affecting North America more than anywhere else. Canada is the second largest prescription opioid consumer per capita, behind the United States.

Here is a look at some of the most alarming death rates related to opioid drug use in the US state by state. Nebraska had the lowest death rate per 100,000 population with 5.5.

The death rate of individuals who abuse opioid painkillers is a telling statistic, but it only shows a small piece of this growing problem.

For every prescription painkiller death there are:

130 people who either abuse or are dependent on opioids

825 people who use opioids for non-medical reasons

The statistics are simply horrifying, and year after year the problem only gets worse. In 2010 a report stated that 1 in 20 Americans over the age of 12 report using prescription painkillers for non-medical reasons. No demographic is hit harder by this epidemic than young adult Caucasian males.

If these staggering numbers still don’t hit home, maybe a reference to the costs associated with prescription painkiller abuse will. In 2007 the estimated cost of dealing with individuals who abuse prescription medication came in at $55.7 billion dollars, for the year, in the US alone. This takes into consideration the workplace costs (46%) health care costs (45%) and criminal justice costs (9%).

A recent article published by CBC outlined the growing opioid problem affecting Canada, particularly Ontario. Perhaps this article was prompted by the fact that in 2011, almost 20% of addiction services in Ontario were for opioids.

Looking at the statistics though, Ontario’s problem with opioids is dwarfed by their neighbors to the south. 41.6 deaths per million associated with prescription painkiller abuse from 1991-2010 (about 550 deaths per year) is still lower than Nebraska with 5.5 deaths per 100,000 population. But the issue is the death toll is rising year after year, and little is being done to quell the issue.

Opioid painkillers have their place in modern medicine. However they have been massively over prescribed during the past 20 years, and the issue isn’t going away. Physicians are ultimately responsible for prescribing and distributing these painkillers, meaning it is up to them to help fix this issue. Hopefully before the death toll rises even further.

Where People Get Opioids

As we just mentioned, doctors are ultimately responsible for prescribing these extremely addictive painkillers. However the buck doesn’t stop there.

Here is a look at how Americans got their hands on opioid painkillers between 2009 and 2010.

Learn About the Body’s Most Important Antioxidant