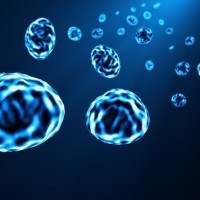 Glutathione S-transferase, commonly abbreviated GST, refers to a group of enzymes which employ glutathione in many reactions that contribute to the transformation of numerous compounds such as therapeutic drugs, carcinogens and products involved in oxidative stress.

Glutathione is an essential metabolic molecule that is produced in the liver of humans and animals.

GST family of detoxification enzymes contains many microsomal, cytosolic and mitochondrial proteins which form significant parts of the enzyme body. They are present in prokaryotes and eukaryotes where they play the role of catalyzing different reactions and at the same time accept xenobiotic and endogenous substrates. Every member of the eukaryotic species has multiple GST isoenzymes that are bound by cytosolic and membranes. Each of them portrays unique catalytic and noncatalytic binding characteristics.

GSTs can comprise up to ten percent of cytosolic elements in some organs, they catalyze the process of conjugation of glutathione to electrophilic regions through sulfhydryl group. This is aimed at increasing solubility of compounds. During this process, endogenous compounds like peroxidized lipids are detoxified together with the breakdown of compounds and xenobiotics. Another fundamental function that is carried out by GSTs is the binding of toxins, also serves the role of transporting proteins. This is what caused them to be referred to as ligandins. GST has a super family structure consisting of cytosolic-dimeric enzymes that fall into six classes which are: zeta, pi, alpha, omega, mu and theta.

On the other hand, enzymes that are bound by membranes (leukotriene and microsomal GST) are encoded using single genes. These too arose from soluble GST. Well-researched information shows that GST plays a vital role in the determination of cell sensitivity to a wide spectrum of harmful chemicals. Actually the major functions of GSTs are highly dependent on constant supply of glutathione (GSH) which is from two synthetic enzymes glutathione synthetase and gamma glutamylcysteine. This relationship is linked to other actions offered by defined transporters that help in the removal of GSH conjugates from cells.

The fundamental role played by glutathione s-transferase (GST) is to catalyze nucleophilic attack order to bring about detoxification of xenobiotics. This is done by GSH which works under electrophilic carbon, atoms of nitrogen or sulfur. This whole process prevents any interaction with vital nucleic acids and cellular proteins. Therefore, the role of GSTs can be said to be two-fold:

In addition, GSTs are able of bind cell signaling processes with non-substrate ligands. A number of glutathione s-transferase (GST) enzymes belonging to different classes, have been proved to exhibit characteristics of kinase which is involved MAPK pathway which in turn regulates cell death and cell proliferation. They inhibit the role played by kinase in cascading signals.

Medical Engineering that revolves around GST has found this knowledge important in cancer diagnosis. They have utilized GST to create a gene fusion architecture which is used in protein detection. The fusion proteins of interest can undergo purification from the cells due to high glutathione affinity. These Fusion proteins usually offer an imperative biological test to explicate direct interactions between proteins.