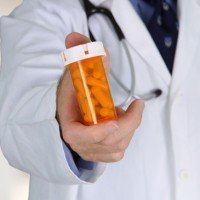 It is commonly referred to as ubiquinone or ubiquinol and usually abbreviated as coq10; it is an oil soluble vitamin like substance present in body cells, predominantly the mitochondria where it is used to create cellular energy. It plays a major role in the transport of electrons and is important in cellular respiration. Benefits of CoQ10 are primarily focused on improving cellular energy production as well as overall cellular health, making it an extremely important supplement. Ensure that when looking for a quality CoQ10 supplement that you avoid any that don’t specifically state that they are a Ubiquinol CoQ10.

What Is Ubiquinol CoQ10?

The organs that use the most amount of energy in the body have the highest concentration of this substance. These are the liver, heart and kidneys. It exists in three redox states. These are fully oxidized where it is known as ubiquinone and semiquinone in neutral form. ubiquinol is the name given in its fully reduced state. Redox is a reversible chemical process that involves the movement of electrons, in which one reaction is an oxidation and the reverse reaction is a reduction.

The ability of coq10 to exist in the two forms, as fully reduced and fully oxidized, enables it to work as an antioxidant and in electron transport chains respectively.

Try adding coq10 to your supplement regime and benefit from its many health promoting qualities. Aside from its powerful effect on a wide variety of ailments, it is a wonderful preventative measure to ensure good health. Promoting cell energy and doubling as a great detoxifier, it will fit in perfectly to your healthy lifestyle and allow you to enjoy further benefit from your current health regime.

Diabetes and Alcohol
What is Glutathione S-Transferase?