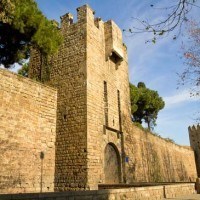 Health 0
The immune system is the body’s tool to ward off infectious agents or other foreign bodies that might gain entry into the body to cause infection or disease. The main organs that mediate immunity include the skin, the liver and kidneys along with the bloodstream itself. Anomalies in any of these organs will inevitably cause impairment or weakening of the immune system. Weak immune system symptoms can range widely in variety or potency.

There are several causes of developing a weak immune system ranging from liver disease, abnormalities in white blood cell development and function, use of certain medications especially steroids as well as poor nutrition and general health status. Symptoms of a weak immune system serve to signal the body and warn the individual to avoid further deterioration.

The most affected tissues and organs in the body that bear the brunt of the weak immune system include the gastrointestinal system, the brain and leptomeninges and finally the liver. This wreaks havoc on our circulatory system, respiratory system and even skeletal structure. Causing chronic inflammation which floods our body with free radicals. Harming our cells and further crippling our immune system.

These are among the most common symptoms of a weak immune system. They manifest as a constant flu that in most cases is seasonal. People with impaired immunity usually have flu symptoms starting in early autumn ending in late spring. These people are also predisposed to allergic reactions which may include asthma.

In serious immune impairment, severe respiratory infections such as pneumonia may set in and potentially cause death.

It may be paradoxical but it is true that weak immunity can actually cause weight loss or weight gain. Because of the reduced capability of the body to protect itself, it requires more energy to mount any sort of defense. Furthermore, the immune system works in the stomach and the intestines to prevent overgrowth of harmful bacteria and parasites.

Impaired immunity allows these organisms to overgrow and compete with the body in the absorption of nutrients obtained from food. These are what lead to weight loss.

Weight gain has also been associated with weak immunity due to an inability to process food energy properly. Difficulty breaking down fat cells for energy is also a symptom of impaired immune function. An overworked liver has trouble creating bile to break down these fats and convert them into energy.

Meningitis is usually acute, causing serious headache, photophobia, nausea and vomiting, fever as well as other symptoms. Encephalitis manifests with cognitive impairment, headache, increased intracranial pressure and visual disturbances. In very severe cases there is intracranial bleeding which can be fatal.

The skin is the largest organ in the body. It is also the one that is exposed to the largest number of insults. With weak immunity, all these infective agents and foreign bodies can breach this barrier and cause serious skin infections that can interfere with the skin’s overall health, leading to dryness, discoloration, scaling and irritation.

Because of reduced immunity, the body’s ability to heal is seriously compromised leading to slow healing of wounds. It is not uncommon to find several wounds at different stages of healing on the bodies of those with impaired immunity. This leads to several unsightly scars on the skin further complicating this organ.

Our immune system has a huge job to do on a constant basis. We are exposed to toxins, bacteria and infectious material on a daily basis, through food, water or our environment. These toxins are dealt with primarily by the liver if they are able to breach the outermost defense  our skin. Our modern lifestyle bombards the liver with more than it can handle more often that not, making it important to promote liver health and minimize our exposure to harmful contagions.

The Dangers of a Weak Immune System

Once our immune system is compromised or it is busy dealing with an issue, it makes it much more vulnerable to other infections. An impaired liver function for instance can have serious repercussions on our brain health, due to our bodies inability to respond to free radicals as effectively as it should. This causes cell damage, inflammation and potentially the development of serious health conditions.

An impaired immune system is likely to continue to be impaired if not addressed properly and swiftly. Think of every infection as a breach of the castle walls. You must fortify your defenses to ensure no unwelcome guests gain entry and cause mayhem inside the walls, allowing you to focus your attention on ever oncoming threat outside the safety of the castle. We are constantly being bombarded and a strong immune system is the number one defense against these attacks.

How To Fortify Your Immunity With Glutathione

Glutathione is well known as our body’s master antioxidant. Found in every cell in the body, it is responsible for ridding our cells of toxins and heavy metals, ensuring optimal cellular health and function. It is made by our body, however almost everyone is deficient in this antioxidant once they reach adulthood. This is caused by exposure to environmental toxins, poor diet habits and even the use of pharmaceutical medication.

For years there has been one major problem with supplementing Glutathione orally, it just didn’t work. It is broken down in the stomach long before we have a chance to absorb it and benefit from it. Making most Glutathione or L-Glutathione supplements pretty much useless. This is not the case anymore though.
Supplementing with “Acetyl Glutathione” allows for maximum absorption and therefore maximum benefit. This acetylated form of Glutathione protects the GSH molecule from being destroyed. This allows it to be absorbed by the body and put to use right away. This makes Acetyl Glutathione the best option to directly enhance GSH levels through the convenience of a pill.

Enhancing your Glutathione levels is the number one defense against infection, disease and poor health. It clears out the massive buildup of toxins in our liver and brain, toxins responsible for low energy levels, poor immune function and difficulties concentrating. Acting as the number one anti-inflammatory and anti-aging antioxidant, the benefits are not only felt, but they are seen. Improving skin quality and health, cognitive function, quality of sleep and energy level.
Truly the most remarkable antioxidant without a doubt. After all, Glutathione levels are the number indicator of overall health and well-being. Fortify your immune system by enhancing your Glutathione levels.

Learn About Your Master Antioxidant Glutathione