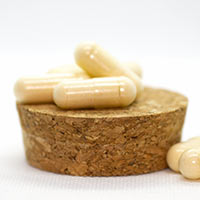 We’ve compiled lists of the best glutathione supplements for sale before, but we felt it deserved an update because of so many new GSH supplements entering the market. In 2020 we have a number of quality supplements to choose from. A few factors that we look for in a quality glutathione supplement are: quality of ingredients, bioavailability (ability to be absorbed by the body), value, complete formula that includes supporting ingredients and overall efficacy.

Due to the emerging research that suggests higher glutathione levels may help patients with Covid-19, we feel it’s important to put a spotlight on the very best. [1]

The list of supplements we’ve compiled are all available through Amazon.com. If you feel like we missed a supplement that deserves a place on the list, please let us know.

GSH Gold is the most complete formula on the list. It uses a highly effective form of L-glutathione from Setria® along with a carefully selected list of ingredients tailored to promote glutathione production and activity.

A quality but one dimensional supplement that uses a high quality form of liposomal glutathione. With no supporting ingredients or precursors, the Core Med Science softgels should be used in conjunction with other GSH promoting ingredients.

The no-taste softgels can be a good option for individuals who are sensitive to the sulfur taste of some glutathione supplements.

Extra strength L Glutathione supplement features 700mg of Setria® – a patented ingredient that has been clinically studied to Support Liver, Brain, Immune, and overall Health. While the NutriFlair liposomal glutathione has a large dose of GSH, it has no supporting ingredients. This extra strength dose may cause adverse effects in sensitive individuals, monitor usage closely and always consult with a physician.

Using both a quality form of reduced glutathione as well as a building block precursor for GSH production. Life Extension glutathione uses only a small dosage of GSH, but they’re combining it with cysteine as well as vitamin C in order to provide a more well-rounded mix. The addition of rice bran as a filler is a bit discouraging, especially considering the low dosage of actual beneficial ingredients. That being said they are at least using good quality ingredients and are priced accordingly.

One of the more complete and robust formulas on the list, the Designs for Health supplement is a great way to boost GSH levels. Using S-Acetyl Glutathione in combination with a large dose of NAC and vitamin B6, it helps enhance glutathione levels on a few different levels. Directly with S-A-GSH, through the precursor cysteine, and with B6 which is also important for the production of glutathione.

A good quality supplement using good quality ingredients. WelEssentials glutathione complex has a blend of Setria glutathione, Vitamin C as well as a proprietary blend of herbal ingredients with NAC to promote antioxidant activity. Generally we don’t like to recommend supplements using proprietary blends because it’s impossible to know how much of any one thing you’re getting. But we made an exception in this case.

Another very straightforward, single ingredient formulation using the acetylated form of glutathione. With no supporting ingredients we wouldn’t rate this supplement at the top of the list by any means, but it has a good dose of a high quality form of glutathione. If used in combination with a precursor complex Dr. Amy Myers glutathione could be a good option.

This is a supplement we felt compelled to include in the list not because of its great quality, but simply because it is one of the most popular choices for glutathione supplements on Amazon. Natures Craft uses a generic form of GSH which is not recommended due to the poor absorption and bioavailability. It does include some effective supporting ingredients however. While it’s far from the best option, it seems to be geared more towards individuals interested in skin whitening. However other supplements on the list would still be better suited towards this.

With one exception, the supplements above all use clinically proven bioavailable forms of GSH. These include Setria® L-Glutathione, as well as the liposomal and acetylated forms of glutathione. (Exceptions include: Natures Craft).

The following forms of GSH have been clinically tested to increase glutathione levels through oral supplementation. Generic forms can be broken down in the gut and yield little to no benefit. Be sure to look for one of the three forms below in order to benefit from your glutathione supplement.

Supplements that use Kyowa Hakko Bio’s Setria® L-Glutathione are clinically tested and proven to effectively raise GSH levels. [2] It’s a simple way to gain peace of mind when looking for a quality GSH supplement, just look for Setria®.

When the glutathione molecule is combined with a lipid it is protected from degradation in the gut during the digestive process. Liposomal glutathione is a good way to ensure efficacy, however it can impact the shelf-life of the product. Using a high quality lipid is also very important as low quality lipids can actually increase oxidative stress levels.

The acetylated form of glutathione is another bioavailable form of this master antioxidant. Acetyl glutathione is readily absorbed by the body and is an effective way to supplement GSH levels.

Glutathione is touted as the body’s master antioxidant, for good reason. It is an integral part of virtually every living cell on the planet. Essential for detoxifying the body and combating oxidative stress, a key factor for disease prevention, fighting inflammation and slowing the aging process. Because of these wide ranging benefits, glutathione is useful for a myriad of illnesses.

As mentioned before, there is promising evidence coming to light surrounding the benefits of glutathione for Covid-19 patients. [3] This comes as no surprise because of the well documented benefits it has for viruses, especially the influenza virus. [4]

Growing old is one of life’s certainties, but feeling old doesn’t have to be. Combating the aging process is a priority for most people, and it’s a massive business because of that. Whether individuals are concerned with superficial things like wrinkles or age spots, or living a pain-free life with full mobility and energy. Thankfully glutathione targets all areas of aging!

Even though glutathione is the body’s most powerful antioxidant, essential for good health and a long life. It’s also a massively popular beauty supplement, whether it’s being supplemented orally or applied topically through creams or serums. It has immense anti aging benefits for our skin, helping to even out skin tone, smooth out wrinkles, prevent age spots and lighten dark areas. [5] All while fortifying the health and function of our skin cells to help fend off viruses, bacteria and environmental toxins.

Glutathione concentrations start decreasing in the body as we age. Once we reach adulthood (roughly age 20) our GSH levels start depleting year after year, making supporting this antioxidant even more important throughout the aging process.

Glutathione has been found to inhibit the immune systems inflammatory response. While inflammation is a normal part of the healing process, chronic inflammation is one of the most detrimental things to our health. Contributing to almost all disease and the key component in chronic pain.

Autoimmune diseases and chronic inflammation go hand in hand. Glutathione plays a pivotal role in reducing inflammation brought on through these diseases, including: celiac disease, lupus and rheumatoid arthritis. Some evidence even suggests that it can help alleviate allergy symptoms.

GSH is considered to be an inhibitor of the inflammatory response involving reactive oxygen species. After closely monitoring the effect of GSH on the body’s inflammatory response, research shows it is far more sophisticated than we previously thought. The function of endogenous glutathione is not to limit inflammation across the board, but to fine-tune the innate immune response to infection. [7]

The liver has the highest concentration of glutathione in the body, this is because it is the primary organ responsible for detoxifying the body. Supporting GSH levels directly influences the liver’s ability to efficiently cleanse toxins and rid them from our body.

Studies have shown that glutathione can have a dramatic benefit for individuals suffering from non-alcoholic fatty liver disease. [8] Another study showed that glutathione could help reduce malondialdehyde, a marker of cell damage within the liver. [9]

N-acetyl-cysteine has been found to have a profound benefit for lung health. It has also been found to significantly improve the condition of patients with the flu. Minimizing the severity of symptoms and shortening the lifespan of the virus. This is in part due to the close relationship NAC has with the body’s ability to produce glutathione. [10]

Researchers are now looking at the effects glutathione levels have on Covid-19. Assuming it has a similar effect on the coronavirus could be very promising because glutathione levels can be supplemented easily. Initial findings show that this could very well be the case, but more research is necessary before anything is definitive. [11] [12] [13] [14]

The brain demands a large portion of the oxygen brought into the body. This consumption means that reactive oxygen compounds are produced at a higher rate in the brain. Glutathione plays an essential role in limiting the effects of these reactive oxygen species and repairing the damage they cause.

Neurodegenerative diseases and glutathione have been studied closely. Specifically Alzheimer’s disease, which impacts a large portion of the population. By administering proteins that increase GSH levels, the memory function of mice was significantly improved. [15]

Studies have shown that patients with Parkinson’s disease have depleted GSH levels. By administering drugs to raise these glutathione levels, scientists found that it limited further neurodegeneration caused by the disease. It even had a positive effect on the symptoms of the disease. Reducing rigidity and tremors. [16] [17]

The standard glutathione dosage is 100 – 1000mg per day. Higher doses (500mg – 1000mg) were often seen in supplements using low quality forms of glutathione in order to compensate for the poor absorption.

When using high quality, readily absorbed forms of GSH, effective doses can be between 100mg – 250mg.

Adverse effects from glutathione supplements are rare and rather minor. This is because glutathione is an endogenous antioxidant that is vital to the health and function of virtually every cell in the body. However by orally supplementing large doses of glutathione some individuals can experience gastric distress such as cramping, bloating and stomach aches.

We’re not shy about the fact that we recommend GSH Gold above any other glutathione supplement on the market. They use the best quality ingredients in robust amounts and a carefully tailored formula to work synergistically in order to maximize efficacy. It’s a fantastic all-in-one glutathione enhancing formula for a good value.

Other stand out supplements available on Amazon are the Designs for Health and WelEssentials brands.

Regardless of which glutathione supplement you choose, it’s essential to pick one that uses a bioavailable form of GSH. Choosing one with supporting ingredients is another important factor in order to maximize the benefit and effectively raise glutathione levels.

Supporting the body’s master antioxidant is one of the most beneficial things you can do to promote your overall wellbeing and health. By supplementing glutathione levels you are supporting the health and function of every cell in your body. Translating into more energy, greater immune function and a myriad of anti-aging benefits.

Importance of Glutathione for Covid-19