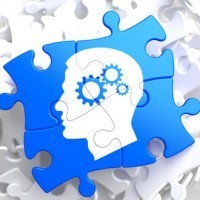 A study published August 21st, 2014 may help experts understand Autism Spectrum Disorder better than ever before. The study looked at the brains of Autistic children and found a synapse overload.

A synapse is a structure found in the nervous system that allows neurons to pass an electrical or chemical signal to another cell.

The majority of our synapse development occurs in our very early childhood years, as we progress through our childhood years many of these synapses are “pruned” or trimmed. This is a defensive mechanism that prevents over-stimulation.

Synapse density dropped by ~45% by late childhood in the control group, while the autistic brains synapse density dropped by ~16%. This reduction in synapse pruning can explain many of the symptoms associated with ASD, including sensitivity to loud noises, seizures and social difficulties. It also highlights the timeline of ASD development, occurring once a child is 1-2 years old. When the synapses are developing rapidly and not being pruned back in sufficient amounts. [1,2]

As a child begins to experience and interact with the world around them, the brain produces a huge number of synapses to help them process this new world. Normally, the brain then prunes away any extra or unnecessary synapses to prevent over-stimulation. This pruning usually occurs right around the same age as most children are diagnosed with ASD.

The study’s senior investigator David Sulzer, PhD, Professor of Neurobiology in the Departments of Psychiatry, Neurology and Pharmacology at CUMC explained his findings quite aptly, “While people usually think of learning as requiring formation of new synapses, the removal of inappropriate synapses may be just as important.”

What Else the Autism Brain Study Found

Inferring the Importance of Glutathione for Autism

The link between autophagy and autism helps emphasize the importance of cell regulated death in the development of ASD and other neurodevelopmental disorders. It has been found that upwards of 98% of children with ASD have a methylation dysfunction known as MTHFR, it has also been found that children with ASD have lower levels of glutathione. MTHFR is a contributing factor in the low glutathione levels, as the methylation process is vital for the production and recycling of GSH.

The study helps explain the importance of high glutathione levels in children with ASD because of the ability it has to regulate cell death (apoptosis). Allowing cells to more readily regulate themselves, preventing damaged or dysfunctional cells from multiplying. [3]

This helps explain why glutathione supplementation can have such a profound effect on children with Autism, especially when supplemented at a young age.

The synapse study for autistic spectrum disorders is a groundbreaking revelation that will help direct future ASD studies. Giving researchers a much better understanding of how ASD develops and how to treat this disorder in the future.

The study also gives a much clearer picture of how certain antioxidants and cellular processes affect the development and treatment of ASD.

Check out the video below, Dr. Paul Wang, VP at Autism Speaks explains the studies results and what it means for future autism treatments and studies.