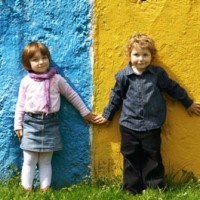 Health Conditions, News 0
It has been long understood that boys are far more likely to have Autism Spectrum Disorder as oppose to girls. About 5 times more likely in fact, this disparity prompted a team of geneticists to ask why.

The study was published in the American Journal of Human Genetics. The findings indicated that girls were more resilient to genetic abnormalities than boys were. When girls are diagnosed with Autism Spectrum Disorder, they are more likely to have extreme genetic mutations than boys who show similar symptoms.

Author of the study Sebastien Jacquemont, an assistant professor of genetic medicine at the University Hospital of Lausanne, Switzerland says “Girls tolerate neurodevelopmental mutations more than boys do. This is really what the study shows.” Elaborating with “To push a girl over the threshold for Autism or any of these neurodevelopmental disorders, it takes more of these mutations. Its about resilience to genetic insult.”

This molecular observation still has researchers questioning why this is the case. However it is a big step in future Autism studies and potential treatment plans.

Swiss researchers collaborated with the University of Washington School of Medicine to look at and analyze 16,000 DNA samples of people with neurodevelopmental disorders, including Autism Spectrum Disorder (ASD). Also analyzing genetic data from approximately 800 families affected by Autism, published on February 27, 2014 in the American Journal of Human Genetics.

While the researchers admit there are no immediate benefits from these findings, this knowledge will help direct future neurodevelopmental disorder research.

Andrew Adesman, M.D. and Chief Developmental and Behavioral Pediatrics at Steven & Alexandra Cohen Children’s Medical Center of New York noted that this new research reinforces that genetic differences or vulnerabilities are not limited to sex chromosomes.

Adesman explains that “Women seem to be a little more resilient in terms of being able to have minor abnormalities without having a developmental problem.”

Why This Study Is Important

This research helps explain why boys are far more likely to have a neurodevelopmental disorder and will help guide future research regarding Autism, ADD, ADHD and other similar disorders.