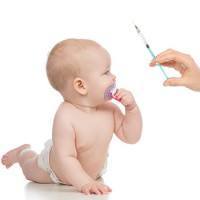 I have several patients a day who have threatened to leave our practice if we are still going to see patients that are unvaccinated.
– Dr. Eric Ball, pediatrician

This is the unfortunate reality we live in now, the public’s polarized view regarding vaccinations has them waging war against each other. Typically we are in favor of parents having the choice to vaccinate their child or not, recognizing there are pro’s and con’s to either side of the debate. With increasing pressure from health authorities, that choice may no longer exist.

Dr. Bob Sears is a pediatrician in Capistrano Beach, California. He strongly believes in the life saving benefits of vaccination, but he is also known as a doctor who respects the parents choice. Making a point to not pressure them into a decision they are uncomfortable with. “They all come to me because, I guess, I’m more respectful of their decisions, more willing to listen to them, and to discuss pros and cons and acknowledge that there are some side effects of vaccines.” says Dr. Sears. A refreshing look at the vaccine debate, a far cry from those on their soapboxes spouting “facts” to demonize the oppositions point of view.

Hillary Clinton on Vaccines, The Problem In A Nutshell

Even Hillary Clinton has recently taken a stance on the vaccine debate in a tweet,

The science is clear: The earth is round, the sky is blue, and #vaccineswork. Let’s protect all our kids. #GrandmothersKnowBest.
-@HillaryClinton

This tweet not only shows her stance on the subject, but it is also rather insulting to individuals who choose to avoid vaccinations.

Hillary’s stance on vaccines, shared in 140 characters or less, proves her utter ignorance on the subject. It is not so easy to say everyone should be vaccinated for the good of the people.

Individuals who opt to avoid vaccines aren’t doing so for no reason, there are numerous harmful side effects of vaccines. Do the benefits outweigh the risks? This is decision that should be left up to the parent. Something a presumptive Democratic nominee should understand.

The recent measles outbreak at Disneyland has many parents re-thinking their anti-vaccine stance. Dr. Sears shares another reason why many parents are changing their stance on the vaccination debate, “They don’t want to be singled out as the only unvaccinated kid, because if measles does hit a particular school, anyone who hasn’t gotten vaccinated is asked to stay home for three weeks.” Fearing social isolation and even expulsion from their school, parents feel they have no choice but to vaccinate their child. No matter your view on the subject, this shouldn’t be the reason parents choose to vaccinate their child.

Parents who firmly believe in the benefits of vaccines are putting pressure on pediatricians, threatening to leave their practice if they treat children who are unvaccinated. Dr. Eric Ball shares, “I have several patients a day who have threatened to leave our practice if we are still going to see patients that are unvaccinated, they do not want to see patients with measles or whooping cough in our waiting room for fear their baby might get sick from it.” While this fear may not be completely unfounded, Dr. Ball admits it is a risk factor.

The problem is with increasing social pressure and the threat of being an outcast for your view on vaccines. Remember, vaccines do contain harmful ingredients such as aluminum, formaldehyde and thimerosal. [1] Ingredients thought to contribute to a number of neurological disorders.

Perhaps we need to stop lashing out at others with differing points of view, and recognize the dangers and benefits of vaccines. Admit there are severe problems with modern vaccinations, and that they are necessary to keep deadly diseases at bay.

The future of the vaccination debate should be looking for safer, more effective alternatives. Avoiding the use of poisonous ingredients such as thimerosal. Let’s stop throwing rocks at each other and look for a better solution to the problem. It is not so black and white as some may have you believe.

Walmart, GNC, Walgreen’s and Target – Not So Herbal Supplements