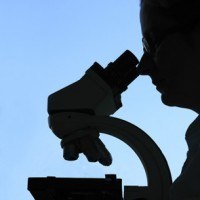 Health Conditions 0
Multiple Sclerosis (M.S.) is a neurodegenerative disease that affects approximately 400,000 people in the United States alone. M.S. symptoms can vary widely in severity, and currently this disease is incurable. Multiple Sclerosis has been studied closely in recent years, exploring the benefits of many natural supplements that have been proven to protect our central nervous system. This is what makes Multiple Sclerosis and CoQ10 such an exciting topic.

Oregon Health & Sciences University made a discovery that could change the way we approach M.S. treatment from now on.

Researchers involved in the study used mice who were given an M.S.-like disease known as Experimental Autoimmune Encephalomyelitis (EAE). Certain mice were then given a CoQ10 treatment and the results were monitored.

The results were amazing!

Mice treated after having been given the disease showed significant improvements regarding the symptoms associated with Multiple Sclerosis. The mice had a reduced loss of nerve fiber and their neurological issues were minimized. All after just 14 days of treatment.

Even more exciting were the results of the mice treated with CoQ10 beforehand.

One of the authors of the study said that the benefits included “significantly reduced inflammation of the neurons and reduced demyelination.” And that this “could be a new front in the fight against M.S.”

CoQ10 for M.S. is so effective because it protects our myelin sheath, a protective coating on our nerve fibers. This helps slow the progression of Multiple Sclerosis and reduce the severity of the symptoms.

Supporting mitochondrial health and improving our cellular energy production, CoQ10 is an extremely powerful antioxidant with far reaching benefits. Including, but certainly not limited to, being a remarkable new approach to M.S. treatment.

Ubiquinol or Ubiquinone? It Matters!

When looking for a CoQ10 supplement, it is important to choose the right one. This is because CoQ10 comes in two very different forms, either Ubiquinone or Ubiquinol. Ubiquinol is the activated form of CoQ10, it is the one you want. Ubiquinone is the far cheaper alternative that does not offer anywhere near the benefits of Ubiquinol CoQ10.

While there is no outright cure or Multiple Sclerosis, there are many natural supplements that can improve the wellbeing of those suffering from M.S.

Multiple Sclerosis and Glutathione has also recently been put in the spotlight. With extraordinary benefits that will shape the future of M.S. treatment. So it is safe to infer that by supplementing both Ubiquinol CoQ10 and Acetyl Glutathione you can greatly improve your condition. Helping minimize symptoms of M.S. and help slow the progression of the disease by protecting nerve fibers and central nervous system function.

The benefits of Glutathione and Ubiquinol CoQ10 go far beyond M.S. treatment though. Together or alone, there is a plethora of benefits associated with improving Glutathione levels and CoQ10 levels in the body.

More On Glutathione and Multiple Sclerosis