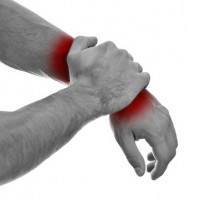 Inflammation is your bodies response to harmful pathogens, irritants and damaged cells, allowing the healing process to begin. A biological response often attributed to infection, while this is not entirely true. Infection is caused by bacteria, fungus or a virus, inflammation occurs as a defensive mechanism prompted by your body. If inflammation never occurred, your wounds would never heal, it is an essential part of the healing process. There are two types of inflammation, knowing the difference is the key to treating it properly; allowing your body to heal itself effectively while avoiding the risks of prolonged inflammation.

Acute Inflammation – occurs extremely quickly and doesn’t last for too long. Symptoms can last anywhere from a few hours to a few weeks. Acute inflammation occurs after a scrape or cut, sore throat, sinusitis, bronchitis or most obviously if an ingrown nail becomes infected.

Chronic Inflammation – is long term inflammation that lasts months or years, it can begin as acute inflammation but if the cause is never remedied it becomes chronic. An autoimmune response to your own antigen can cause chronic inflammation, where your body mistakes healthy tissue and cells for harmful pathogens.

Chronic inflammation is common with conditions such as rheumatoid arthritis, Crohn’s disease, asthma, chronic sinusitis and many many more illnesses.

So What Exactly Is Inflammation?

Pain – The inflamed area is probably going to be painful, this is because your nerve endings are extremely sensitive due to a release of chemicals that actually stimulate nerve endings.

Redness – capillaries in the surrounding area are dilated and gorged with much more blood than normal.

Swelling – the accumulation of blood, fluid and neutrophils swell the area.

Heat – caused by the accumulation of blood, making the affected area warm to the touch.

Loss of Mobility – the inflamed area can lose some or all of its function depending on the severity of the swelling.

What Is Happening During Acute Inflammation

A Deeper Look At Inflammation

Neutrophils are the bodies first line of defense against foreign bacteria, once accumulated fluid in the swollen area is released, it is a white viscous fluid that is often mixed with small amounts of blood.

An ingrown nail is an easy way to see all these things in action, you can see your bodies response to even the slightest irritation. For instance, a light scratch on the surface of your skin may not hurt, but the area immediately turns red, and slowly grows as the capillaries dilate. Minor swelling and heat can also be experienced, while accumulation of fluid most likely wont occur with minor scratches, the white fluid or pus won’t discharge unless the affected area is sufficiently infected.

While white blood cells are an integral part of our bodies defenses  too many is a severe problem. You want your body to respond to afflictions as they come up, producing white blood cells when they are needed and not holding them in the blood stream for longer than necessary.

If you suffer from chronic inflammation you may want to consider an anti-inflammatory to help relieve swelling and irritation, allowing your body to remedy the problem as oppose to prolonging it by trying to heal itself unsuccessfully.

Learn About Glutathione’s Many Benefits Here

What are the Signs of Diabetes?
Top Vitamin K Foods