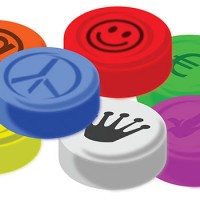 It has been illegal in the United States since the 1980’s, yet researchers are suggesting treating Autism related anxiety with Ecstasy or MDMA.

Researchers from numerous institutions located in California proposed a study in Science Direct that will study the effects of MDMA on social adaptability in autistic adults. Claiming the clinical use of this popular drug will be far safer than the street use of “Ecstasy” or “Molly”. [1]

Treating Autism with MDMA, Why Are Researchers Optimistic?

MDMA can help people talk openly and honestly about themselves, their relationships and others without defensive conditioning intervening according to the study’s abstract. The study reads, “As in the case with classic hallucinogens and other psychedelic drugs, MDMA catalyzes shifts toward openness and introspection that do not require ongoing administration to achieve lasting benefits.”

Many people who have tried hallucinogenic drugs report a life-changing experience, one that opens doorways in the mind previously unexplored. [2] Could this be the reason researchers are optimistic that ongoing treatment will not be necessary? Similar to a series of physiotherapy treatments for the mind, stretching and training the brain the think differently through carefully monitored drug use.

The Many Dangers of Opioid Pain Killers

This Is Your Face On – Tanning Beds

8-Ways To Naturally Detoxify Your Body