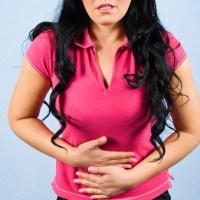 Health Conditions, News 5
For those suffering with Irritable Bowel Syndrome or IBS, it is a painful and uncomfortable experience with no known cure. IBS is characterized by symptoms like Bloating, Diarrhea, Constipation and abdominal Pain / Discomfort. Irritable bowel syndrome is similar to herpes, going through remission and flare up stages. Finally a potential solution, Vitamin D3 and IBS are more closely linked than ever before.

The latest study on Vitamin D3 and IBS proves extremely positive results for those sufferers who require effective, natural treatment of IBS.

Normally Irritable bowel syndrome is treated with pharmaceuticals that can have adverse health effects, some side effects actually worsen the symptoms of IBS. Alternative medicines and treatments have also been used, none have had effective, lasting results in relieving the symptoms of IBS.

Pharmaceuticals such as Alosetron (Lotronex) and Lubiprostone (Amitiza) are often prescribed to people suffering with IBS. Both with their own list of side effects and quite often worsening the symptoms of IBS. Making it extremely difficult for our bodies to absorb nutrients and strengthen our immune system, in turn worsening the symptoms further.

A study conducted by the University of Sheffield in England in December of 2012 found high doses of Vitamin D3 administered daily is the most effective treatment for IBS to date. Findings were published in the Journal BMJ Case Reports.

One participant was a woman in her forties who had been suffering from IBS for over 20 years. She had attempted to treat the issue with many different therapies including pharmaceuticals, alternative medicines and dietary changes. None of which had any lasting benefits to prevent or treat her symptoms and flare ups. This woman was an ideal candidate for the study because of her history with the syndrome, along with her many efforts to treat it to no avail.

When given two to four thousand IU’s of Vitamin D3 daily (a relatively small dose when most people should be taking at least that even when not dealing with any health issues) she had complete relief of symptoms and it went into remission as long as she supplemented regularly. Flare ups only occurred when the supplementation of D3 was stopped. The results were monitored for 3 years and the participant achieved total remission when supplementing daily.

70% of the participants reported that by supplementing high doses of Vitamin D3 their symptoms of IBS improved significantly. A more robust scientific study is certainly needed to prove this beyond a doubt. But the initial results are extremely promising.

These results are exciting for anyone suffering with Irritable bowel syndrome, avoiding harmful prescription drugs that can worsen symptoms and cutting through the plethora of alternative routes to treat the disease that have no lasting effects. Vitamin D3 is a totally natural and effective way to treat sufferers, alleviating symptoms and improving overall health.

The Importance of Vitamin D3 Beyond IBS

Aside from the powerful effect on treating IBS naturally, Vitamin D3 is absolutely essential for everyone to supplement everyday. Regardless of the amount of sunlight we get each day, we are still deficient in this very important “Vitamin”. Vitamin D3 is actually a hormone that is synthesized in our skin, responsible for many system functions and also a powerful antioxidant.

Ask your doctor to test the levels of D3 in your system with a simple test, 25-Hydroxy Vitamin D Test. This is the most accurate way to monitor Vitamin D levels in the body, you want levels to be around 80 nanograms or 190 nmol/L.

Supplementing D3 is an extremely effective way to improve your health and alleviate IBS symptoms. Available over the counter, it is also a very inexpensive supplement compared to most, making it very simple to incorporate it into your daily routine.

Vitamin D3 is a huge boon to those suffering with irritable bowel syndrome. Cutting out the confusion and harmful synthetic drugs that most doctors prescribe. This totally natural treatment for IBS benefits the overall health of the patient and for once, effectively treating the symptoms of this very widespread health condition.

With the soaring number of people who suffer from a Vitamin D deficiency, it is important for everyone to supplement with Vitamin D3 on a daily basis in order to maintain a healthy body. For those suffering from IBS it is even more critical to supplement Vitamin D levels. Supporting the crippled immune function that is caused by Irritable Bowel Syndrome and begining the healing process.

If you suffer from IBS it is certainly worth exploring this natural treatment. Work with your doctor and monitor your results. Vitamin D3 could just be the saving grace that has been long awaited by so many IBS sufferers.