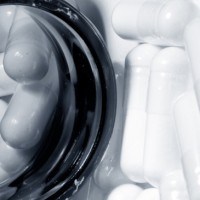 The human body is exposed to so many toxins both produced endogenously as byproducts of metabolism as well as those found in the environment. The endogenous toxins include reactive oxygen species such as peroxides and free radicals. The exogenous toxins are those taken with food such as bacterial toxins as well as chemicals including mercury, lead, arsenic and fluoride.

The best natural antioxidant and detoxifier of the body is glutathione. N-acetyl-L-cysteine plays an important role in the synthesis of glutathione.

Also referred to simply as NAC, is a modified form of a dietary amino acid known as L-cysteine. Amino acids are defined as the building blocks of proteins which are important macronutrients in the body, vital for many functions including growth and immunity. Proteins are also components of blood, enzymes and hormones as well as other substances in the body.

N-acetyl-cysteine is manufactured from L-cysteine by the addition of an acetyl group which is responsible for its biological effects. This formulation gives this amino acid unique properties that make it one of the most powerful antioxidant and detoxifier supplements in the market today.

How Does N-Acetyl-Cysteine Work?

Glutathione on the other hand donates an electron to the reactive oxygen species and therefore detoxifying and neutralizing them through stabilization. N-acetyl-cysteine principally increases the production of glutathione by the liver. This makes the amount of this powerful antioxidant abundant in the body and it boosts the body’s ability to rid itself of both endogenous and exogenous toxins.

Many of the health benefits of N-acetyl-cysteine result from the antioxidant effects of this amino acid as well as indirectly from the effects of glutathione. These are the benefits:

Advancement in age is usually associated with decline in brain activity, affecting concentration, memory and cognition. N-acetyl-cysteine has been shown to remove the toxins that cause brain degeneration and therefore premature aging.

During exercise, the body’s metabolic processes produce a lot of toxins which causes early fatigue and exercise intolerance. N-acetyl-cysteine removes these toxins thereby increasing endurances in such exercises as running, strength training and acrobatic workouts.

Some chemotherapeutic agents such as anticancer drugs usually destroy brain cells leading to progressive memory loss and dementia. N-acetyl-cysteine is able to treat these side effects. N-Acetyl-L-Cysteine also protects the brain from neurodegenerative disease, ensuring the brain cells remain healthy and work properly.

People with kidney problems retain a lot the toxins including reactive oxygen metabolites as well as mediators and products of inflammation. N-acetyl-cysteine can neutralize all these toxins encouraging good health and reduced risk of inflammation.

Acetaminophen is a very dangerous drug if taken in excessive amounts. Since glutathione is needed to reduce the effects of acetaminophen, N-acetyl-cysteine is vital in cases where an overdose of acetaminophen has occurred.

Studies have suggested that patients suffering from autism benefit greatly from the supplementation of N-Acetyl-Cysteine. The group supplementing their levels of NAC showed a great increase in antioxidant enzymes and a decrease in inflammation and oxidative stress. Sufferers have a reduced level of glutathione and immune function, supplementing with NAC raises these glutathione levels and increases mental health as well as overall health.

Why N-Acetyl-Cysteine Should Be Supplemented

N acetyl cysteine is not synthesized by the body in sufficient quantities, and may not be found in foods in high enough doses and therefore must be supplemented in the diet. As opposed to glutathione pills, this amino acid is relatively cheap and so can be afforded by anyone.

N-acetyl-cysteine is an important supplement if you want to perform better and live longer. Consulting a medical professional is always recommended to monitor results and ensure no specific complications will occur with your personal situation.

Benefits of Vitamin D3 Exposed
Phosphatidylserine, What To Know