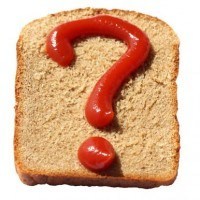 The mainspring for genetically modified food was brought about to enable a more adequate supply of food for the large masses in poor countries, some of whom were agonizing from starvation. The speculated benefits of GMO’s were the potential of higher yields and a reduction in the use of herbicides and pesticides. They were also supposed to brave harsh weather and fluctuations. However, GMO’s were discovered to be of more harm than good when it comes to our health. They were discovered to have effects on people, animals, plants and the environment. For example, genetically modified foods look similar to non-genetically modified, whereas their DNA differs.

The Dangers of GMO’s Include:

Genetic modification of foods and crops poses unfamiliar contamination and allergens. This came to light in 1989 when a supplement L-tryptophan accounted for the demise of thirty seven people and had a negative effect on more than fifteen hundred other people. The bacteria which was used was genetically altered resulting in an alien toxic amino acid.

It hasn’t been confirmed that genetically altered foods can have effects on humans. In the beginning it was believed among researchers and scientists that the altered genes would be destroyed in the process of digestion. However, recently, altered food genes have been found in the brains of some mice. This poses danger to anyone who consumes Genetically Modified Foods, particularly vulnerable are children, babies, elderly and anyone who has a compromised immune system.

There is little and distorted information on GMO foods. Food producers do a very good job masking the process and not properly labeling their products, leaving the consumer helpless to make an informed choice. Recently Whole Foods has implemented a plan to have all GMO food products labeled accordingly if they are to be sold in their stores.

Foods that have their genetic makeup altered to minimize the need for pesticides, can actually lead to an increase in chemical usage. Resulting in insects developing an immunity to common pesticides and evolving into more threatening, less controllable pests. This growing resistance leads to an increase in chemical usage on crops and potential food shortages due to compromised crops.

People may experience allergic reactions when a seemingly harmless protein is ingested into the body. Many of these proteins trigger an immune response. This causes inflammation, our bodies reaction to the foreign invader, over time it causes serious health risks.

Most plants we consume contain extremely low levels of toxicity, when genetically modified organisms are involved it can boost dangerous toxins significantly. Our liver is overloaded with work cleansing our system that it leaves us vulnerable to disease and illness. The accumulation of these toxins over time leads to further health risks.

Genetically modified plants will alter their bioavailability to us, making some or all of the nutrients ingestible or completely unavailable. A good example is where a study revealed that a type of genetically altered soybean released lower quantities of phytoestrogen compounds, thought to minimize the effects of cell damage leading to cancer and heart disease; relative to the customary soybeans.

When animals feed on genetically modified food, the consequences are unanticipated. A scenario where genetically modified soybeans were put on the diet for dairy cows, the result was a high fat content in the milk they produced. A markable increase in fat content shows the distinct difference between GMO food consequences and those of a healthy cow. Sadly the vast majority of crops fed to our animals are Genetically Modified Organisms, altering the animals immune function and passing it along the food chain.

The Facts About GMO’s

The fact remains that if genetically modified organisms are introduced into our diet on a regular basis, we are much more susceptible to developing health problems. The full range of dangers from GMO’s is yet to be discovered, but the initial results seem scary enough. If possible, source your food carefully and avoid genetically modified ingredients.