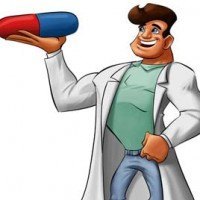 This tripeptide is so critical to health and life that it is found in every living cell in your body and every living cell on the planet. Responsible for keeping our cells free from toxins, essentially acting like a sticky fly paper, latching onto the free radicals, toxins, chemicals and heavy metals within the cell and ushering them out of our body. It is naturally produced in our bodies but there is a catch. Once we hit adulthood or age 20 roughly, our Glutathione levels begin to deplete. Losing between 10 and 15 percent of our Glutathione level per decade, this expedites the aging process and leaves us increasingly vulnerable to disease as we age.

Exogenous factors such as pollutants, chemicals found in the food we eat and the water we drink, unhealthy processed diets and even pharmaceutical drugs all contribute to Glutathione depletion. Combine these factors with the natural degradation of Glutathione as we age and it is no wonder disease rates are higher than ever, with the onset of many diseases happening earlier and earlier; a great example of this is Alzheimer’s disease. Alzheimer’s is generally thought to be a condition that affects elderly people ages 65+, however more recently it is affecting individuals as young as 40 years old.

So now that we know the role that Glutathione plays in the body and in each and every cell, it is easier to understand just how critical it is for our health, disease prevention and general well-being. By supplementing the orally stable form of Glutathione named Acetyl Glutathione we raise levels in our body’s which gives us a huge advantage when it comes to staying healthy throughout the entire length of our life.

Aging does not mean your health has to pay the price, disease is not an inevitability. What’s more is that a healthy diet consisting of whole organic foods combined with daily exercise is simply not enough to ward off disease and provide our cells with the nutrition they require. Thirty years ago even, the soil was nutrient rich and we could get a substantial amount of our daily intake of vitamins and minerals through food alone; this is just not the case anymore. Soils are depleted of their nutrients and our food just isn’t what it used to be. While it is important to eat a healthy diet consisting of organic whole foods, you must take the extra step to supplement the essential nutrients in order to provide your cells with what they require to function properly.

N Acetyl Cysteine is becoming more and more popular in the antioxidant supplement world lately. With such amazing benefits it is no wonder more and more people are improving their health by supplementing NAC. One of the primary factors of why NAC benefits are so outstanding is because it is a precursor or building block to the creation of Glutathione within the cell. Playing a vital role in Glutathione synthesis with the ability to dramatically increase levels for a short period of time. When supplemented regularly the health benefits are simply remarkable.

NAC and Influenza has gotten an increased level of attention from the medical community, for good reason. The power to protect against Influenza (the flu) and specifically Bird Flu is indisputable. Protecting your body on two levels, NAC inhibits the proinflammatory molecules that are present when suffering from the flu. These pro-inflammatories are responsible for the many symptoms of the flu such as coughing, pain, headaches and issues breathing. On the other level NAC will actually inhibit the replication of the virus cells, cutting down the lifespan significantly as well as preventing the spread of the virus.

The Countless Health Benefits of NAC

By minimizing oxidative damage to the cell, NAC protects our DNA and has immense benefits for fighting cancerous development. Inhibiting Cytokine production (an inflammatory mechanism) which is a huge contributor to the development of cancer, also contributing to many chronic disorders including chronic pain. This means that N Acetyl Cysteine supplementation could quite possibly be the most robust and wide spectrum defence for your body period.
So you may be asking yourself why you haven’t heard of NAC before, or why it isn’t all over the news and on every health store shelf with big bold signs guiding everyone to take this miracle supplement. The simple answer is that the mainstream medical media is willfully ignorant. After all, if everyone was healthy, this multi-billion dollar a year industry would make far less money. Don’t allow this ignorance to affect your health though, supplement key nutrients like NAC and Acetyl Glutathione and achieve optimal health while preventing disease and age related discomfort.

Understanding the individual benefits of these unparalleled nutrients is critical in understanding just how important they are to your health and how they interact together.

Supplementing Acetyl Glutathione allows the once poorly absorbed Glutathione supplements to become bioavailable, effectively boosting Glutathione levels directly. Combined with the ability that NAC has to significantly increase Glutathione production within the cell, you can raise your GSH levels like never before. Regularly supplementing these nutrients allows your body to cleanse its cells from harmful free radicals, toxins, chemicals and heavy metals which in turn promotes much healthier cellular function. Turning back the clock in terms of age related symptoms including your skins health and appearance.
Supporting the liver in a huge way, taking the burden off of it to allow it to function like never before. No longer bogged down by the constant flood of toxins that just accumulate in the body with no means of clearing them out permanently.

Glutathione – The Fountain of Youth

It is no big news that Glutathione is our body’s Master Antioxidant. Touted by some of the most reputable medical professionals and used by some of the world biggest stars. With a segment on the Doctor Oz show with Dr. Katz, touted by celebrity health guru Suzanne Somers and even used by big hollywood names like Brad Pitt.

Don’t let this secret supplement pass you by, it is undoubtedly the most important molecule in your body and there are many things you can do to significantly increase your body’s levels.

With 100,000 studies done on this miracle molecule, the benefits are seemingly countless. On that same note, Glutathione deficiency leads to the development of virtually every disease. Glutathione deficiency leaves your body vulnerable to illness, chronic pain, cancerous development as well as leaving you susceptible to the symptoms of aging.
Harness the power of this “fountain of youth” and you can live longer, healthier and for lack of a better term BETTER.