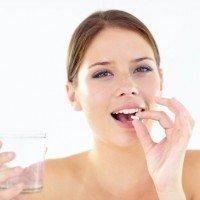 Supplements 0
Combining Acetyl L-Carnitine and R-Alpha Lipoic Acid has shown to increase energy levels on a cellular level, as well as revitalizing and rejuvenating the brain. Studies on the combined effects of these substances are very recent and extremely important.

Acetyl-L-Carnitine or as it is commonly abbreviated ALC, has had extensive studies done on it. The immense interest came about after very positive studies have proven its effectiveness in memory, mood and stress response.

Acetyl-L-Carnitine protects you from developing age related cognitive degenerative disorders or symptoms. It enhances cognitive and neuroprotective abilities, enhancing brain and nervous system health. ALC is important for many cellular functions, it aids in the transfer of healthy fatty acids through the mitochondrial membrane increasing energy production on a cellular level.

Supplementing your ALC levels has shown to improve brain function as well as delay the onset of age related cognitive degeneration. Acetyl-L-Carnitine is found in the brain predominantly, as we age the levels decline significantly. This makes it very important to supplement ALC and maintain healthy cellular function and energy production.

Acetyl-L-Carnitine is important for all ages, as you age though it becomes crucial for mental health. Studies have shown that elderly people with cognitive impairment benefit greatly from the supplementation of ALC; After only 45 days they showed significant improvement in cognitive function and most notably memory.

ALC acts as a powerful antioxidant for your brain, preventing the gradual deterioration of your brain cells. It has the ability to penetrate directly into your brain and its cells, detoxifying the cells directly at the source as opposed to most which affect the liver and blood specifically. Alzheimer’s, Dementia, Parkinson’s and many other diseases can be prevented and treated with ALC, this is thanks to its powerful effects on free-radicals and damaged cells.

Acetyl-L-Carnitine effects can not only be seen with regard to cognitive health, but also in the skin. It reduces lipofuscin accumulation. lipofuscin is a type of damaged fat that can accumulate in the brain and skin. Commonly referred to as age spots, these blemishes are a result of accumulation of these damaged fats. When supplementing with ALC you will see a dramatic reduction in these age related blemishes, a window into what is happening in your brain also. Effectively slowing down the aging process in the brain and your skin.

Alpha-Lipoic Acid, commonly abbreviated as ALA is crucial for maintaining and repairing the nervous system. It’s anti-inflammatory and antioxidant properties will actually recycle other antioxidants like, vitamin E, vitamin C and most importantly Glutathione.

ALA is a chelating agent, removing not only toxins, but heavy metals including mercury from the body. Aiding vascular health and healing process of damaged tissue. Effectively neutralizing toxins, heavy metals and free radicals.

Coupled with the fact that Alpha-Lipoic Acid promotes healthier blood glucose levels and insulin response it is a keystone in healthy living.

ALA’s effect on neurodegenerative diseases is irrefutable, its antioxidant properties and ability to neutralize free radical damage provides a constant defense against brain and neurological disorders.

The combined effects of Acetyl-L-Carnitine and Alpha-Lipoic Acid are even more impressive. ALC and ALA both aid in minimizing and repairing damage done to the mitochondria in each cell, damage can become significant with old age. Combined, the effects on the brain are remarkable, rejuvenating the cognitive ability of the patient, a notable increase in memory, mood and even fighting off signs of depression.

Why It’s Important For You

Our cells are damaged every day by our environment, what we eat, the medications we are taking and the injuries we endure. Cellular damage accumulates over time and manifests itself into a chronic illness and eventually death. Providing your cells with the detoxifying compounds it needs to operate, and promoting your Glutathione levels and recycling ability is the best defense against developing an illness. Cell damage leads to the development of cancers, dementia, Parkinson’s, diabetes, and almost any disorder you can think of.