A strange looking fruit native to Central and South America, the Graviola fruit is quickly gaining ground as a powerful dietary supplement with a number of health benefits. 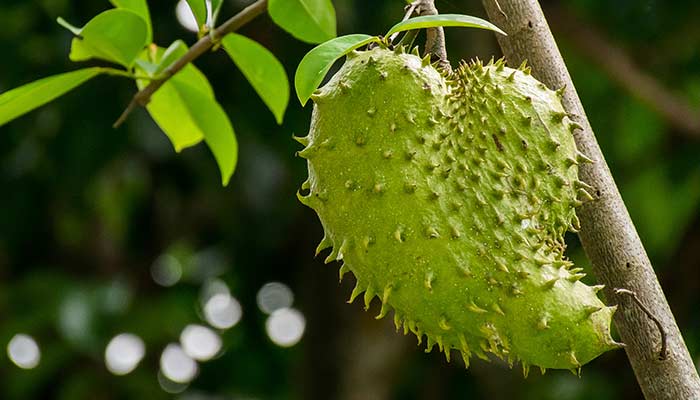 Also known as the Brazilian Paw Paw or Soursop, Graviola is the fruit from the Annona Muricata evergreen tree. It is treasured for its natural health benefits and often used as a remedy for pain viruses, pain relief and most recently its cancer fighting properties.

The antioxidants found in Graviola extracts are numerous. It contains tannins, saponins, flavonoids, phytosterols and anthraquinones. Antioxidants are crucial to improve and maintain cellular health by clearing away harmful toxins and allowing our cells to repair themselves naturally.

Studies have shown that Graviola may help people regulate blood sugar levels if they have diabetes. It significantly reduced blood glucose levels in rats with diabetes.

Graviola has long been used as a natural folk remedy for lowering blood pressure. One study on rats showed that it can help reduce blood pressure without increasing heart rate.

A study showed that graviola has potential anti-ulcer benefits. By protecting the stomach’s mucous lining it helps prevent ulcers and relieve the pain associated with ulcers. It may also help prevent free radical damage in the digestive tract due to ulcers.

Most recently, a study conducted in 2016 showed that Graviola may be beneficial in fighting cancer. It was shown to be toxic to some breast cancer cell linings. It also helped to increase T cell activity which are lymphocytes that help kill cancer cells as well as damaged cells throughout the body.

Available in capsule and extract forms, Graviola is easy to supplement. It isn’t widely understood as of yet, so recommended dosages and possible side effects still aren’t hammered down. However the potential for Graviola to become a staple in natural health supplements is very promising.

Alkaline Based Nutrition for Health
7 Amazing Health Benefits of Walnuts