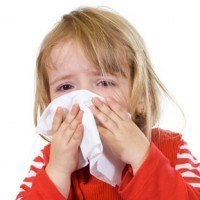 Health Conditions, News 0
Between mid August and mid September the CDC reported more than 130 cases of Enterovirus 68 in 12 states. This flu like virus primarily affects children and individuals with asthma or an immune disorder. Children under 5 years of age are most at risk of contracting Enterovirus 68.

Enterovirus 68 or EV D68 was first identified in 1962 in California. EV D68 has rarely been reported over the past 40 years, but in 2014 the number of diagnosis’ jumped.

The virus potentially causes severe respiratory illness, making it difficult to breath. This leaves children and the elderly most susceptible to contracting the virus. People with existing respiratory disorders such as Asthma or those with immunosuppression are most likely to experience severe symptoms which can require hospitalization. [1]

Initial symptoms of Enterovirus 68 are quite similar to those of a cold or flu. Runny nose, sore throat, mild fever and coughing are all early symptoms of EV 68. As it progresses, more severe symptoms can occur, these include difficulty breathing, dehydration and potentially respiratory failure.

Two children in California were reported to have experienced paralysis of one or more limbs within 48 hours of onset. The recovery of their motor function was still considered poor after a follow up 6 months later. [2]

Because signs of EV D68 are so similar to the common cold, it is difficult to diagnose early. Due to the recent spread of the virus, extra precautions should be taken when a child experiences early symptoms.

At the Children’s Hospital Colorado in Denver between August 18th and September 4th, more than 900 children visited the emergency room for symptoms of Enterovirus 68. Eighty-six of these children were admitted and some were sent to the intensive care unit. [3] 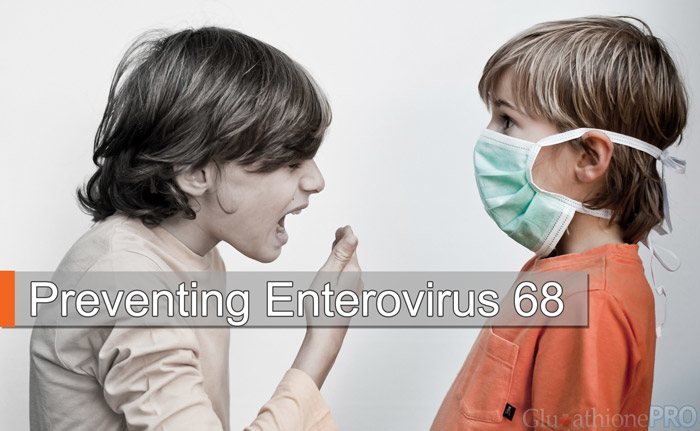 Treatment and Prevention of Enterovirus 68

There is no vaccine and no direct treatment for the Enterovirus 68. The illness simply has to run its course.

Avoiding sick individuals is the best way to prevent contracting the virus. Since it is spread through saliva, phlegm and stool, washing hands is the number one way to avoid spreading the virus.

Since the virus affects individuals with respiratory disorders and those with a weak immune function, common antioxidants may be beneficial. Reducing inflammation and boosting the immune system are always important, regardless of a viral outbreak.

Early diagnosis is important, this allows medical professionals to closely monitor those affected as well as help to minimize further spread.

Is Your State Affected?

The Ebook on Glutathione

Discussing the Link Between Glutathione and Autism

Benefits of a Nutritional Supplement