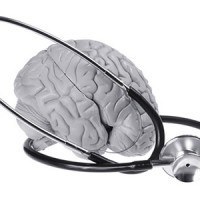 Acetyl-L-Carnitine or commonly abbreviated to ALC is extremely important for our brain health. One of the most important defenses our brain has is the Blood Brain Barrier, this barrier keeps unwanted substances out and allows the proper nutrients in. Acetyl-L-Carnitine plays a key role in keeping this Blood Brain Barrier healthy and working properly.

The Blood Brain Barrier can become damaged and begin to function improperly when exposed to pollutants, toxins or stress. These damaging components lead to inflammation which causes severe damage to not only the blood brain barrier, but the brain itself. Harmful substances enter the barrier and begin to cause damage to the brain itself, damaging cells and causing further inflammation. Once the blood brain barrier becomes “leaky” or overly permeable it sets off a chain reaction of damage, making it extremely important to maintain a healthy defense before it becomes a problem.

Being deficient in Acetyl-L-Carnitine has serious side effects all over the body, from tissue to bone health, but cognitive health suffers in the following ways:

Acetyl-L-Carnitine and the Blood Brain Barrier

ALC protects the blood brain barrier by preserving its integrity on a cellular level. Studies show that a decline in mitochondrial function contributes to the aging process, also carnitine concentration in tissue declines with age. By supplementing your Acetyl-L-Carnitine levels (100mg-1g per day) you can heal the problem at its source and reduce mitochondrial decay substantially.

Alcohol is one of the biggest contributors to an unhealthy blood brain barrier, posing a serious risk to our brains health as well as overall immune function by overloading our liver. Studies have shown that ALC boosts the antioxidant enzymes that protect the blood brain barrier naturally. This supports it against the numerous toxic challenges it faces constantly.

Acetyl-L-Carnitine has been used as a weight loss supplement for quite some time, taken in dosages as high as 5 grams per day. This is dangerous when taken alone in these quantities, leading to heart problems and cardiovascular issues. When taking ALC be sure to supplement between 100mg – 1 gram per day. Take ALC with the addition of R-Alpha Lipoic Acid and CoQ10 for added benefits and to allow the nutrients to be fully absorbed by the organs that need it most. Improving mental clarity and function, immune health, liver function and much much more.