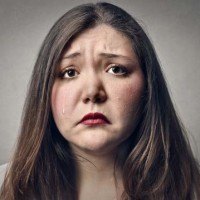 Health Conditions 0
Gluten Sensitivity / Intolerance and Celiac Disease have come front and center recently, this has prompted a response from major food producers to offer gluten free alternatives to customers. Making it much easier to go gluten free than ever before. Whether you suffer from a Gluten sensitivity or not, try to go Gluten Free whenever possible and opt for the healthier alternatives. Your body will thank you and will reward you with a fully functional immune system that is not bogged down with chronic inflammation and glycemic spikes, allowing it to fight off disease and infection much more readily.

Do You Have Gluten Sensitivity Symptoms?

The term Gluten Sensitivity can range from anyone who has a reaction to foods containing Gluten, to those who suffer a plethora of symptoms and are classified Gluten Intolerant.

Gluten can be found in varying forms below, but it is important to understand just how often these ingredients are used in food today. Often added to processed foods that are found in everyones pantry at home. Unsuspecting sauces which you would normally think contain no wheat or gluten can be rich in gluten for a variety of different reasons, from thickening agents to prolonging shelf life.

The ambiguity of the symptoms of Gluten sensitivity makes it very difficult to diagnose accurately. The best way to figure out if you have a sensitivity to Gluten is to take a look at the symptoms below and check which ones pertain to you. Whether you attribute it to gluten or something else, any symptoms should be monitored. Once you know what you are monitoring you need to cut Gluten out of your diet entirely for about 60 days. If you are still experiencing symptoms then you can be pretty sure that it is not because of a gluten intolerance. Slowly add gluten back into your diet if you wish, however the less gluten the better in terms of overall health.

These grain alternatives contain no gluten and can easily substitute daily staples that you have a hard time getting rid of, such as flour, bread and crackers. Gluten alternatives are just as delicious and are packed with beneficial nutrients that are not found in typical gluten based products.