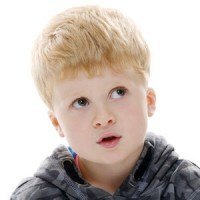 Health Conditions, Supplements 1
Autism is a disorder that is affecting more and more children each year. In 2006, approximately 1 in every 110 children had Autism. Now the rate is over double that, 1 in every 50 children are now affected.

Causing severe learning disabilities and social hurdles, Autism is an emotional and financial burden affecting more and more families every year. Costing tens of thousands of dollars each year through medical treatments and behavioral intervention programs.

What’s more, parents with an Autistic child have an increased risk of having a second child with the same disorder. With as much as an 18% chance of it affecting the second child.

These numbers cannot be ignored, especially when so few medical plans cover the enormous expenses involved with caring for a child with Autism.

Thankfully due to recent studies, parents have the opportunity to significantly improve the condition of their child suffering with Autism.

Glutathione and Autism – The Future of Autism Treatment

One study found extremely promising results for children suffering from Autism. By improving their Glutathione Redox status with Methylcobalamin and Folonic Acid for three months. 37 children with Autism participated in the study from start to finish, their progress was measured using the Vineland Adaptive Behavior Scale (VABS).

Age, gender and history of regression did not influence the treatment response.

These significant improvements in behavioral skills related to Glutathione Redox status are extremely promising and exciting. Suggesting that nutritional interventions that target this redox metabolism may benefit children with Autism.

These promising results are just the beginning though. These children were supplementing Methylcobalamin and Folonic Acid, while these are two important nutrients, they are not the only ones capable of improving the Glutathione Redox status. If improving Glutathione levels so minutely has such astounding results in children with Autism, supplementing with nutrients that greatly improve Glutathione levels would likely greatly improve the condition of children with Autism even further. Glutathione and Autism will no doubt be studied further to uncover the vast cognitive benefits Glutathione has to offer for those suffering with Autism.

Supplementing with nutrients like L-Glutathione, N Acetylcysteine, CoQ10, R-Alpha Lipoic Acid, Vitamins B2, B6, B12 and K2, Zinc, Magnesium, Vinpocetine, Phosphatidylserine and Acetyl L-Carnitine can not only directly improve Glutathione levels, but improve Glutathione production within the body and greatly improve cognitive health and function. This leads to a remarkable potential in improving learning ability, memory and social developmental skills. Improving the condition of children with Autism as well as improve overall health immensely.

One factor that may greatly increase the risk of Autism as well as countless other disorders affects about 45% of people. It is a genetic defect known as a MTHFR defect.

Affecting the Methylation process and causing severe harm to our body and our DNA. Methylation is the process of taking a single carbon with 3 hydrogens, the Methyl group. This group is critical to the healthy function of countless bodily functions from, thinking, repairing DNA, turning genes “on” and “off”, fighting infection and ridding the body of harmful environmental toxins.

If this Methylation pathway is impaired, the risk of developing any number of disorders and diseases increases dramatically. This Methylation pathway is limited when your body is deficient in any of the following vitamins & minerals: Selenium, Zinc, B2 riboflavin, B6 pyridoxine, B12 methylcobalamin, Folate and Magnesium. These nutrients are required to help produce the most active form of Folate known as Methylfolate.