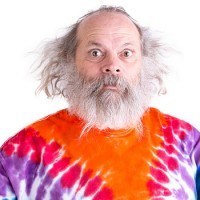 The findings from the present study documenting poorer health status and increased rates of obesity, hypertension, diabetes, and hypercholesterolemia support an increased likelihood for continued rising healthcare costs and a need for increased numbers of health professionals as baby boomers age.” – JAMA Study

Baby boomers are on average, fatter, sicker and in poorer health than their predecessors. According to a study done in 2013 by JAMA Internal Medicine, baby boomers were far less likely to report excellent health. Far higher rates of obesity, diabetes, hypertension and hypercholesterolemia were found in the baby boomer population.

A Few Statistics From The Baby Boomer Study

The present study demonstrates a clear need for policies that expand efforts at prevention and healthy lifestyle promotion in the baby boomer generation.” – JAMA Study

Preventative medicine is becoming more and more popular, and for good reason. Instead of waiting to get sick, why wouldn’t you want to avoid getting sick altogether? Well, it may be impossible to avoid falling ill altogether, but you can significantly improve your well-being and quality of life with a preventative approach to your health.

Supporting your immune system is among the most important things you can do to improve your health and retain vigor late in life. Increasing antioxidant activity is a great way to support immunity, there are many antioxidants proven to fortify immune function, reduce inflammation and increase energy levels.

Approaching health on a cellular level, treating the causes as oppose to the symptoms of disease is more attainable than ever.

As we age, our Glutathione levels naturally deplete. This leaves the body increasingly vulnerable to toxic overload and infection. By age 50, GSH levels are between 30-45% lower than at age 20, under ideal conditions. Environmental factors, medications, lifestyle habits and dietary choices all further deplete GSH levels.

L-Glutathione is one of the most important supplements for baby boomers to help combat the many health problems they are facing. N Acetyl-L-Cysteine is another extremely important supplement, partially due to the fact that it enhances GSH production.

Supporting key antioxidants that operate throughout the entire body are essential to optimize health, and just as importantly, well-being / quality of life.